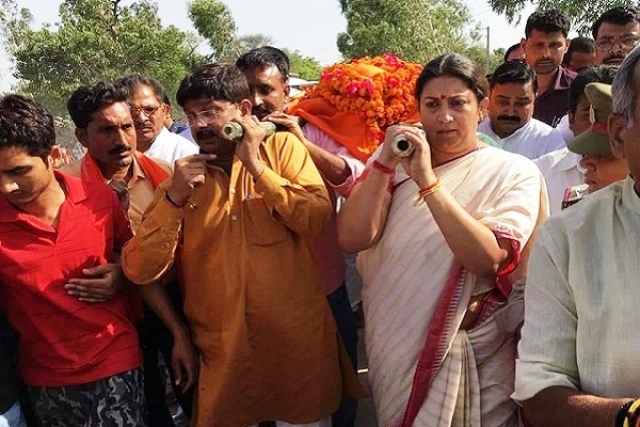 The Uttar Pradesh police today swiftly responded to the fake news being spread by the official twitter handle of Chandigarh Congress Sevadal. In a tweet, the Congress Sevadal claimed that the UP police had confirmed that Surendra Singh, close aide of Smriti Irani in Amethi, was murdered by Bharatiya Janata Party (BJP) workers and not due to any Congress conspiracy.

The UP Police’s official twitter handle @Uppolice called out the “ deliberate distortion of facts” on the part of Congress Sevadal, and said that “DGP UP OP Singh has not attributed the murder to members of any political party”. It further stated that the UP police had forwarded the tweet to Amethi police for legal action for spreading rumour.

The same fake news was found being circulated on social media by Congress strategists, misquoting DGP UP OP Singh’s comment published in Economic Times that the murder seemed to be a result of local rivalry.

Surendra Singh was shot dead while he was asleep outside his house early on Sunday leading to speculations of Congress workers’ hand in it in a reaction to Gandhi family’s bastion falling to BJP.

Wasim, Nasim, Golu and Ramchandra have been booked for the murder while the fifth person, identified as Dharamnath Gupta, has been charged with conspiracy to kill the BJP leader. Three of the accused were arrested on Tuesday and the search is on for the remaining two.