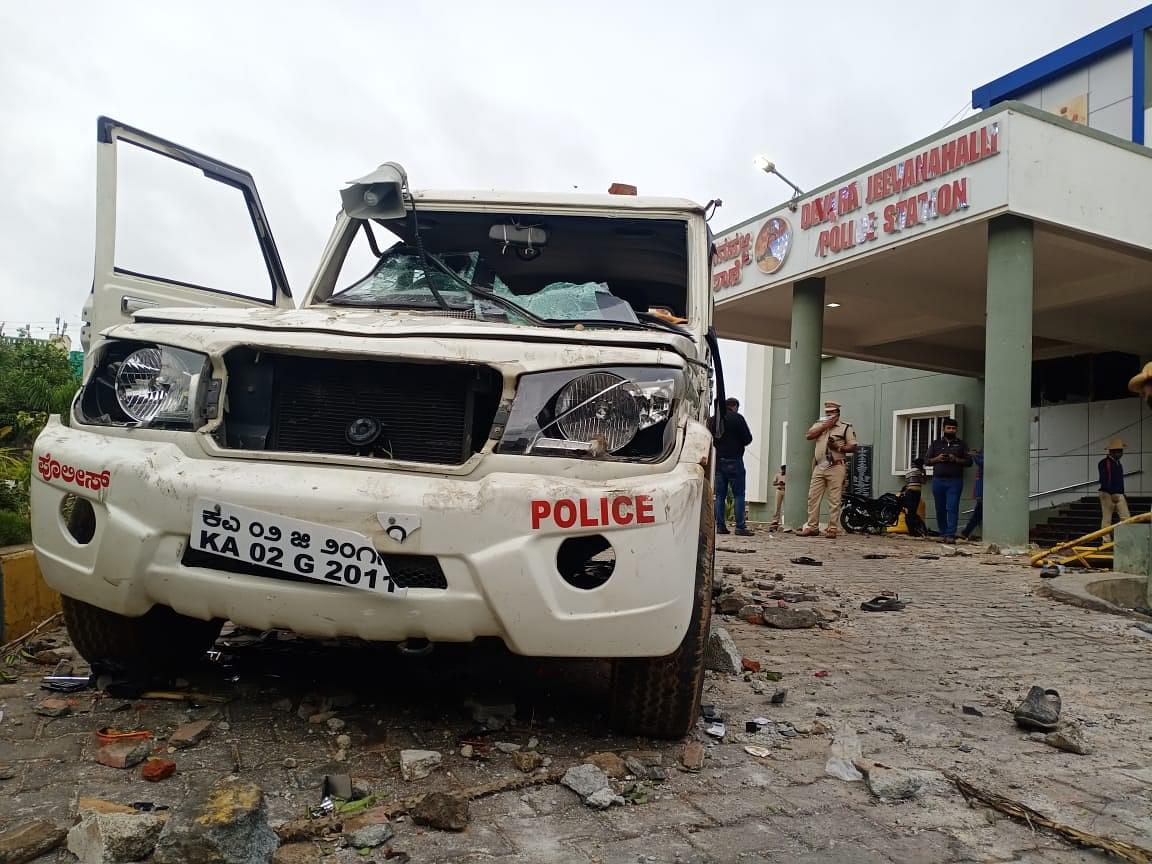 An eyewitness has been quoted by Hindustan Times as saying that a large group of rioters was involved in the attack on Bengaluru police personnel and a police station after an irate Muslim mob went on a rampage over an Facebook post that they deemed derogatory to Mohammed whom they revere as their Prophet.

The eyewitness who was reportedly part of a civil defence squad assisting the police, also said that, "It was not the police’s fault, it was the public’s fault".

He also said that the mob "pelted stones at police personnel and damaged property at a police station".

The Bengaluru police has now arrested SDPI leader Muzamil Pasha for his suspected role in the engineering the deadly mob violence.

The irate mob indulged in rioting and arson attempted to set on fire the residence of Congress MLA Akhand Srinivasa Murthy and a nearby DJ Halli police station. The mob also vandalised houses, torching police vehicles and pelted stones at the cops.

Update: The Hindustan Times report has now clarified that the eyewitness' earlier claims of a 60,000 strong mob was found to be untrue. The report has been updated to reflect this change.