UP: Yogi Govt To Bring Back 1 Million Migrant Workers Stuck In Other States Since 25 March 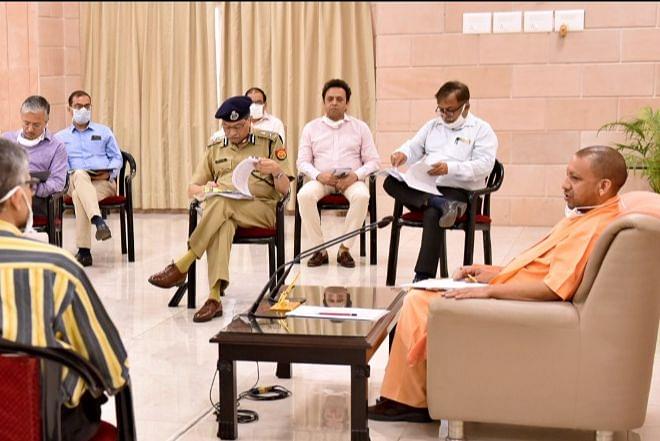 After bringing back 12,200 migrant workers from Haryana on Saturday and Sunday (25-26 April), CM Yogi Adityanath led Uttar Pradesh government is now set to bring back a million of its residents, mostly migrant workers, stuck in other states since 25 March, in a short span of next two weeks, reports Hindustan Times.

According to the report, thousands of migrant workers are set to return to UP from the neighbouring State of Madhya Pradesh (MP) today (29 April). Similar operations are planned over the next two weeks to bring back the migrants stranded in States like Maharashtra, Andhra Pradesh, Telangana, Karnataka, Punjab, West Bengal, Rajasthan, Bihar, Gujarat, Madhya Pradesh and Uttarakhand.

CM Adityanath on Tuesday (28 April) issued orders to all the districts to immediately set up shelters and quarantine centres with the capacity to house 15,000-25,000 people.

The state government intends to keep the residents under quarantine for 14 days to contain the spread of COVID-19.

As per the report, once back in their home state, the people who have no symptoms of Covid-19 will be held in quarantine in government facilities for a fortnight until it is deemed safe for them to return to their families; those who exhibit symptoms like cold, fever and shortness of breath will be put in hospital.