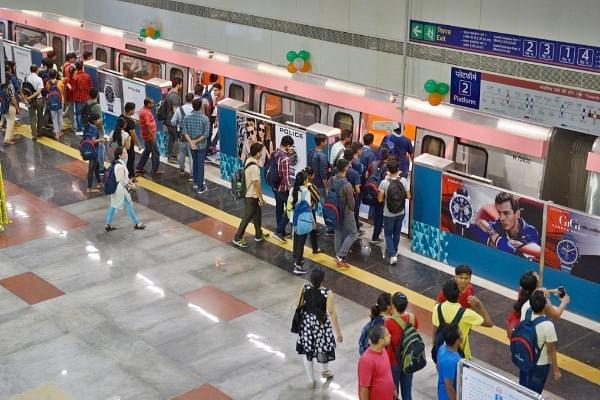 The upcoming mega terminal at Sarai Kale Khan in Delhi will have a unique crowd management system. For the very first time in India, this station will have separate platforms for entering and exiting a train which has doors on both sides.

A massive footfall at this station is expected by the (NRCTC) here. Six tracks will converge at this station and with up lines and down lines of the three corridors mentioned above, there will be only four tracks at the station. The allocation of platforms for each incoming and outgoing train would be dynamic as well as flexible, with no fixed platforms, as reported by Financial Express.

Presently, the Delhi-Meerut RRTS corridor will have fixed entry and exit platforms, but once Delhi-Alwar and Delhi-Panipat come up, rigs will be allocated dynamically.

A spokesperson for NRCTC said that the corporation is planning a robust information system to guide the commuters to optimise the passenger flow. By segregating entry and exit, they plan to cater to more passengers with the same facilities. This is because there might be a potential chance of stampede.