US Relents On Assad’s Ouster, But Wants Regime To Compromise With Opposition In Return For Reconstruction Funds 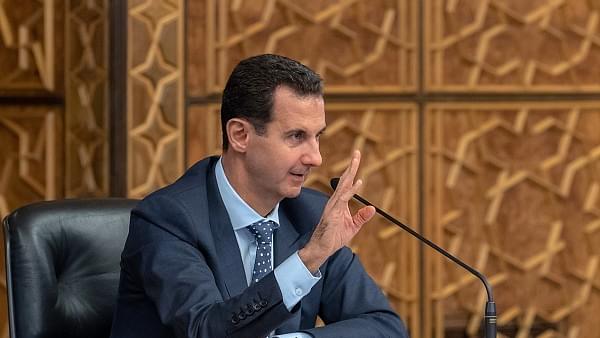 Speaking at the Atlantic Council, a Washington based think tank, US special representative in Syria, James Jeffrey stated that his country no longer seeks to overthrow the government of Syrian President Bashar al-Assad, but will not be funding reconstruction efforts in the war-torn country until the regime was ‘fundamentally different’, reports Mint.

Jeffrey called for Assad to compromise as he had still not achieved final victory in the seven-year-old Syrian civil. He estimated that even now there were 100,000 Anti-Assad fighters active in the conflict.

He estimated that reconstruction would require approximately $300-400 billion, and warned that the West and international organisations would not fund the effort unless there was a compromise on Assad's total grip on power.

“There is a strong readiness on the part of Western nations to not ante up money for that disaster unless we have some kind of idea that the government is ready to compromise and thus not create yet another horror in the years ahead,” Jeffrey stated.

The US has been calling for Assad’s ouster since President Barack Obama’s administration, with the current Trump government finally relenting on the subject with an admission that Assad was likely to remain in power.

Jeffrey also demanded the departure of Iranian forces from the war-torn country but accepted Iran’s diplomatic presence there. Iranian intervention in the Syrian civil war is vehemently opposed by Israel, which sees the Shia power encroaching near its border as an existential threat.