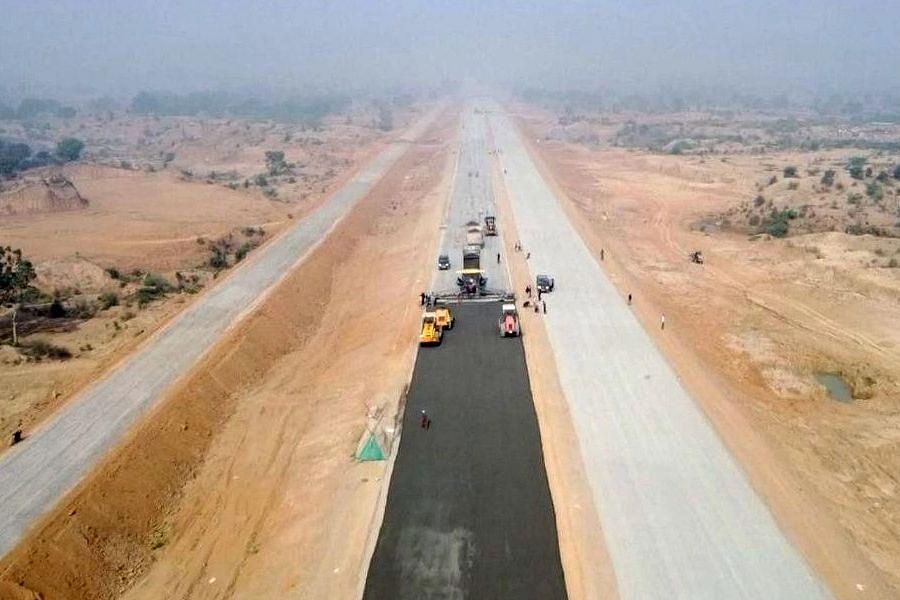 Construction underway in Package 4 of the Bundelkhand Expressway. (UPEIDA)

Almost 69 per cent of the 296 km long Bundelkhand expressway has been completed. According to the latest progress report, 687 out of 818 structures in the project have been built.

The CEO of UP Expressways Industrial Development Authority (UPEIDA), Awanish Awasthi, conducted a virtual meeting of the Bundelkhand Expressway and instructed officials to expedite the remaining works of the expressway.

During the meeting, officials informed that out of 296 km of the expressway, around 213 km of this four-lane expressway is complete, reports Hindustan Times.

The foundation of the expressway was laid by Prime Minister Narendra Modi on 29 February last year in the Chitrakoot district of Uttar Pradesh.

Originating near Bharatkoop in the Chitrakoot district, the e-way passes through Banda, Mahoba, Hamirpur, Jalaun, Auraiya and Etawah.

It joins the Lucknow-Agra Expressway near Kudrail village in the Etawah district, linking the drought-prone Bundelkhand in southern UP and northern Madhya Pradesh to the National Capital Region through the Lucknow-Agra and Yamuna (Agra-Noida) expressways.

The Yogi Adityanath government has allocated Rs 1,492 crore for the 296-km long Bundelkhand Expressway in the 2021 budget.