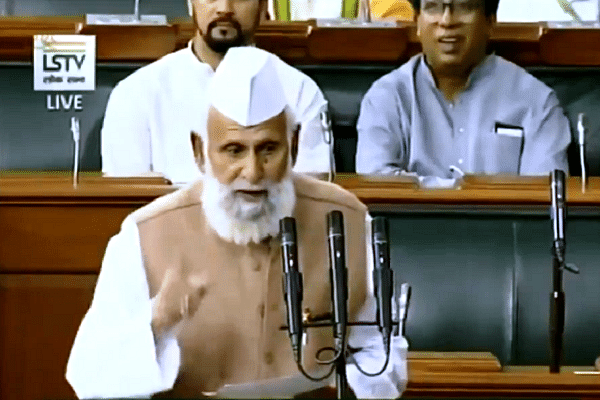 Samajwadi Party’s Member of Parliament Shafiqur Rahman Barq stirred a controversy in Lok Sabha on Tuesday (18 June) after proclaiming that Vande Mataram is against Islam, right after taking his oath, reports ANI.

As seen in the video, Barq began his oath by invoking Bismillah al-Rahman al-Rahim and ended it on a positive note by chanting “constitution of India zindabaad”.

He then courted a controversy by adding that “as far as Vande Mataram is concerned, it is against Islam, we (Muslims) cannot follow it”.

This led to sharp opposition from other MPs present in the Parliament, some of whom then replied to him by chanting Vande Mataram and Jai Shri Ram.