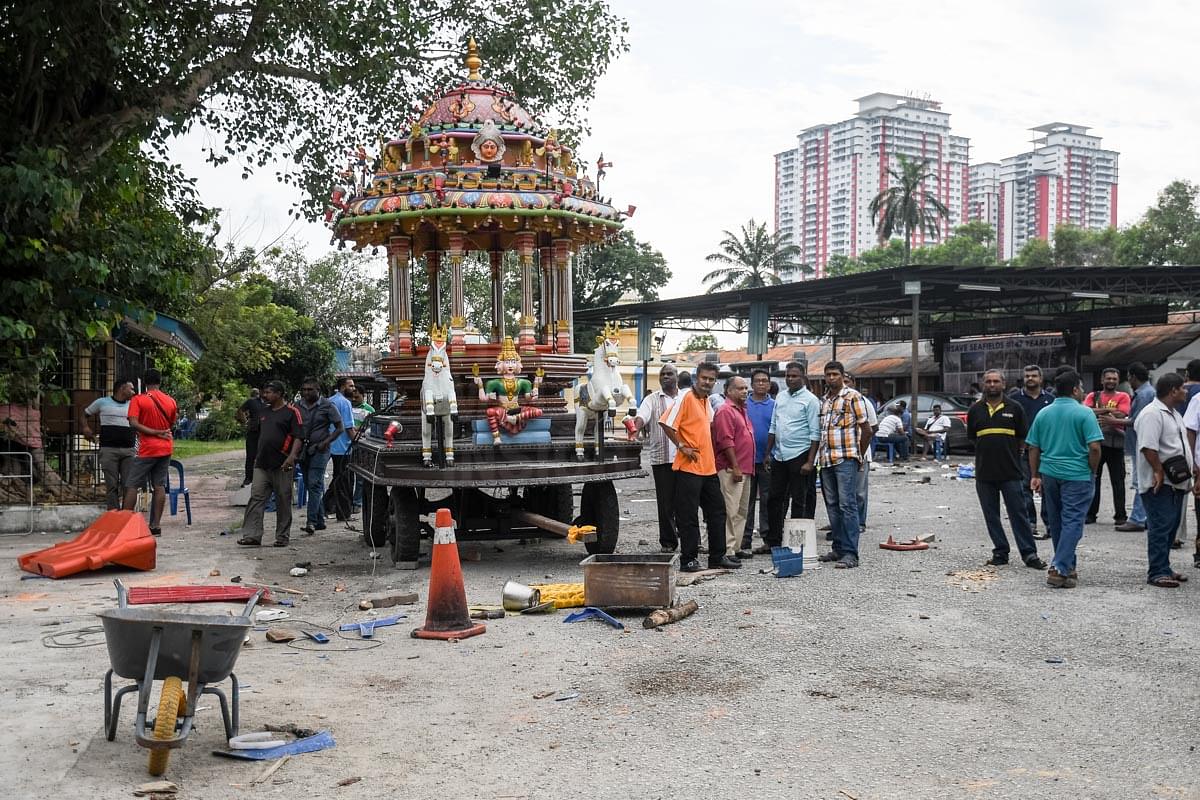 Violence has ravaged the precincts of the temple (Image: @msiainsight/Twitter)

Twenty-one people have been arrested in connection with the violence that broke out at a Hindu temple in Selangor's Subang Jaya township of Malaysia on Monday, Channel News Asia has reported.

Violence broke out near the Seafield Sri Maha Mariamman temple in Selangor's Subang Jaya in the early hours of Monday as at least 50 people allegedly armed with iron rods and machetes entered the temple and attacked devotees, including women.
Devotees were reportedly protesting the relocation of the 100-year-old temple when they were attacked by another group of people, news portal Malaysia Kini said.

The ensuing violence resulted in a number of people getting injured and hospitalised, while several vehicles were also torched. The police reported that 18 cars and two motorcycles were set on fire.

Seafield Sri Maha Mariamman Temple taskforce leader S Ramaji has sought the intervention of Prime Minister Dr Mahathir Mohamad to save the temple from being relocated.

Ramaji claimed that the taskforce and temple devotees suspected foul play in the relocation due to contradicting facts from a consent judgment and press statements.

Deputy Inspector-General of Police Tan Sri Noor Rashid Ibrahim was quoted as saying that preliminary investigation found that trouble may have erupted due to the acquisition of land “in an unpleasant manner” between the landowner and the Sri Maha Mariamman Temple. “Perhaps, the side wanting to take over (the land) engaged a group of Malay men to facilitate the acquisition,” said a watcher.

One City Development Sdn Bhd, the developer that owns the land on which the Seafield Sri Maha Mariamman Temple is located, refuted the charges that it used strong-arm tactics to takeover the shrine.