Ideas That Used To Come From Establishment, Now Come From PM, That’s Why Everyone Is Rattled: Vivek Agnihotri 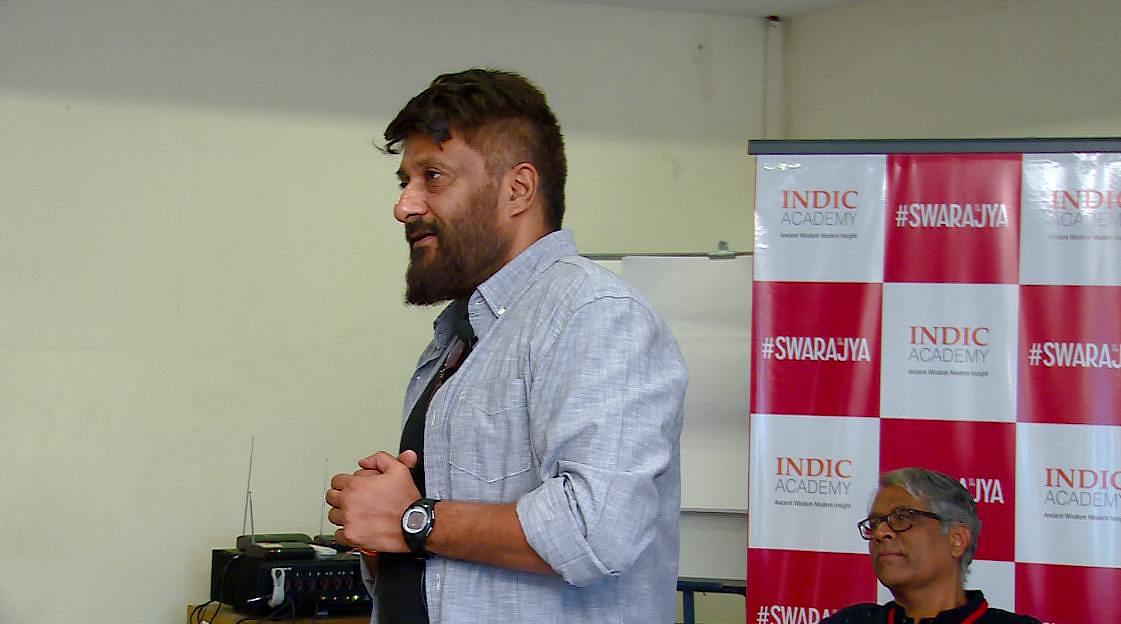 Agnihotri explained the discourse on intolerance in India in one line: My dissent is better than your dissent.

Agnihotri says that the ideas that used to come from the media, and the people who create narrative, are coming from the Prime Minister of the country and that’s why everybody is rattled. That’s why they are saying there is no space for dissent. He then goes on to narrate a personal experience on NDTV where he says,

When everyone started attacking me, somewhere as a reflex I told Barkha, Why are you guys behaving like an intellectual mafia? And that was the last day I came on NDTV and for the next half hour nobody gave me the mic.

He criticises the current narrative, expressing his thoughts on the Kanhaiya episode and Barkha Dutt’s rant about the space of dissent shrinking where he says,

Media people, especially the senior journalists are always justifying themselves, how twitter is treating them, …in the recent movies the role of journalist is where he is concerned for a person and not for a society as a whole who has become as an oppressor! And for me that is the Establishment, which is why Media today have lost the credibility to call themselves dissenters.

The speaker concludes on a positive note and adds,