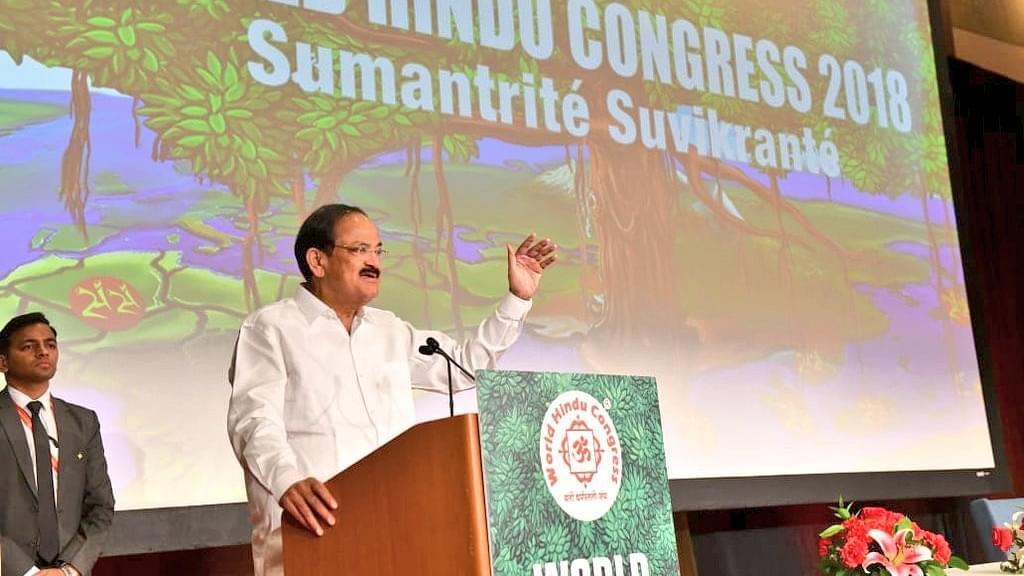 Vice President M Venkaiah Naidu has said that some people are trying to make the word "Hindu" "untouchable and intolerable". Naidu was speaking at the concluding session at the World Hindu Congress (WHC) in Chicago. At the conference, Naidu called upon the delegates to help preserve the true spirit of Hinduism, Amar Ujala reported.

On disinformation about Hinduism, Naidu said that in order to counter it and present the most authentic perspective to the world, one has to articulate and see the values the bucket of ideas in correct perspective. Naidu said at the conference where more than 2,500 delegates and 250 speakers from over 60 countries participated, "We should also know others' experience and try to improve upon others' philosophy." The second WHC coincided with 125th anniversary of Vivekananda's historic speech.

Swamiji was an embodiment of Hindu culture.
As Swami Vivekananda said in his inaugural speech at Chicago on September 11, 1893, ours is a country that has âtaught the world both tolerance and universal acceptance.â @WHCongress #WHC2018 #WHC2018Chicago pic.twitter.com/axpzTVcRhh

Naidu added that this, in turn, will help dispel erroneous ideas and perceptions that are making room in the narrative on Hinduism. "Ill-informed opinions and attitudes need to be altered," he added.

Speaking on nationalism, he said that true nationalism is preservation of the invaluable heritage. Naidu remembered Swami Vivekananda as an "embodiment of Hindu culture".