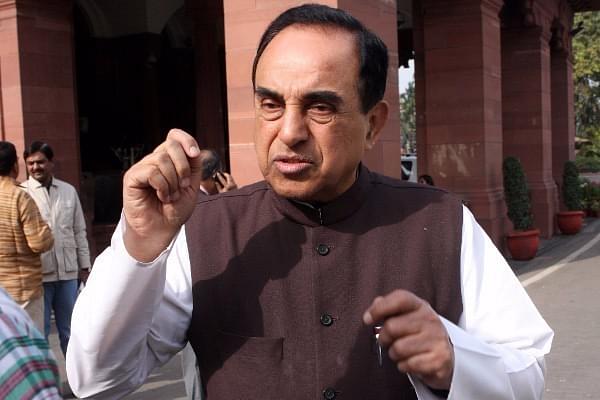 Swamy alleged, AAP councilor Tahir Hussain whose role in the riot is being probed, has ''connections'' with Bangladeshi terrorists. He tweeted: "The govt needs to clarify if IB officer Sharma was targeted and killed at the behest of AAP''s Tahir because Sharma was tailing him for Tahir''s Bangladesh terrorists connection. If true, it becomes a very, very serious matter."

The govt needs to clarify if IB officer Sharma was targeted and killed at the behest of Aapâs Tahir because Sharma was tailing him for Tahirâs Bangladesh terrorists connection. If true it becomes very very serious matter

Swamy’s statement comes in backdrop of multiple arrests in Jaffrabad area by NIA for terror links and plans to carry out terrorist attacks in Delhi NCR and UP. In these raids, NIA also recovered huge quantities of explosives and material to make bombs.

Additionally, last month on 9 January, Delhi police busted an Islamic State (IS) terror module in Delhi with the arrest of three terror suspects in Wazirabad area of Delhi.

However, Hussain has denied his involvement. He said, "I was the target and not the attacker. Tell me: will any rioter allow the police to enter his house if he is involved?"

Hussain's remarks came after a number of videos surfaced on social media, showing people allegedly throwing petrol bombs and stones from his rooftop of his building. Delhi Police have sealed Hussain's house besides registering a case against him.

In one such video, Hussain is seen holding a wooden stick with smoke rising from his building. Admitting that he was seen in the video, he clarified that the video was of 24 February.

Following the central government's directives, a detailed action plan has been prepared by the crack team of the IB and Delhi Police. On Thursday night, AAP suspended Hussain from the party's primary membership.