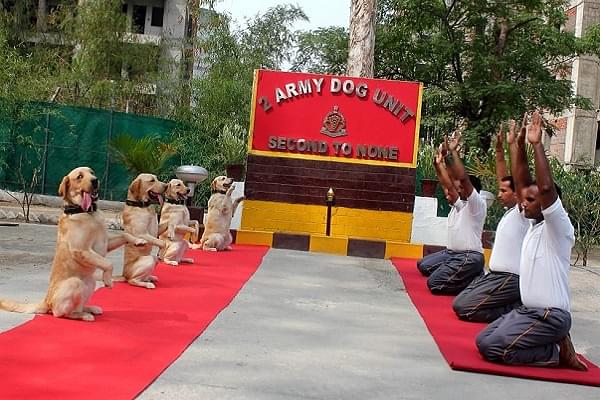 The celebration of International Yoga Day is not not limited to humans alone and canine members of various dog units of Indian armed forces too exercised on Yogasanas in the morning.

Dog unit of the Indian Army led the way and were seen practising Yoga along with their human counterparts.

The Border Security Force (BSF) released a video of its dog units performing Yoga in complete sync alongside their respective trainers.

#WATCH Dog squad of Border Security Force performs yoga along with their trainers on #YogaDay2019 in Jammu. pic.twitter.com/TTN2vAgbeS

The ITBP troops of ATS Lohitpur too were joined by their dogs during the Yoga day celebrations.