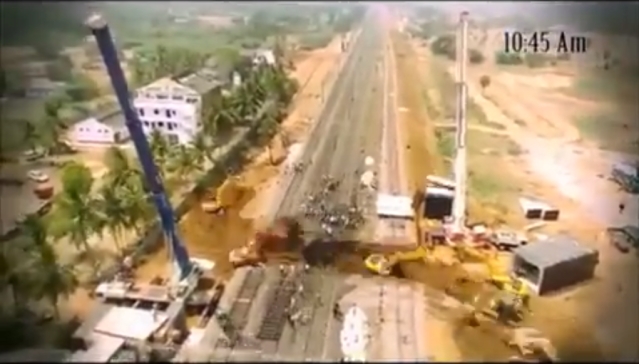 The Waltair (Visakhapatnam) railway division of the East Coast Railway (ECoR) built a limited-height subway to replace a level crossing on the Kottavalsa-Pendurti section of the Chennai-Kolkata mainline in a record of four hours and 30 minutes.

The standard time taken to build such a subway is six to eight hours for a structure under two tracks. The Wailtair division however, finished it in less time, that two under four tracks.

According to a statement by ECoR, the underpass was built a t a cost of Rs 2.6 crore and involved inserting 20 precast concrete boxes and 15 base slabs.

You can watch the video here: