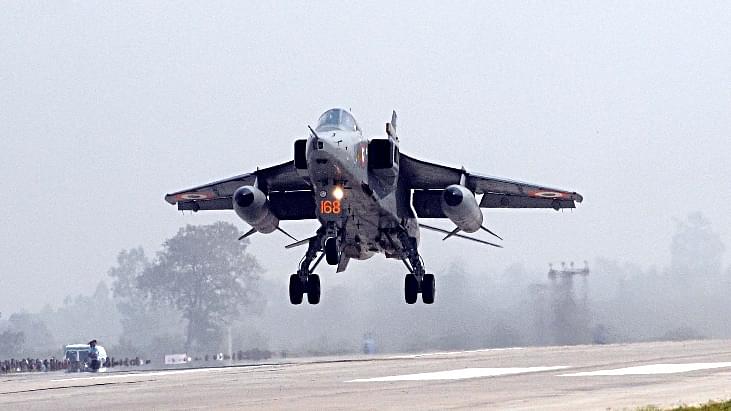 An Indian Air Force (IAF) pilot is being praised for his reflexes and quick thinking to avoid a major accident after his Jaguar aircraft suffered a bird hit soon after take off from the Ambala airbase on Thursday (27 June).

In a video released by IAF, the aircraft can be seen getting hit by a flock of birds which resulted in engine failure. The pilot decided to tackle the situation head-on and decided to dump Carrier Bomb Light Stores (CBLS) pods and two additional fuel tanks.

#SavingLives: On the morning of 27 June19, an IAF Jaguar aircraft loaded with two additional fuel drop tanks & Carrier Bomb Light Stores
(CBLS) pods took off from AFS Ambala for a training
mission. Immediately after take off, the aircraft encountered a flock of
birds. pic.twitter.com/Mb0otqadVe

The practice bombs can be seen exploding after the aircraft initiated a climb to subsequently land safely. This effort by the pilot has been praised by the IAF which affirmed its commitment to adhere to highest professional standards by providing extensive operational training.