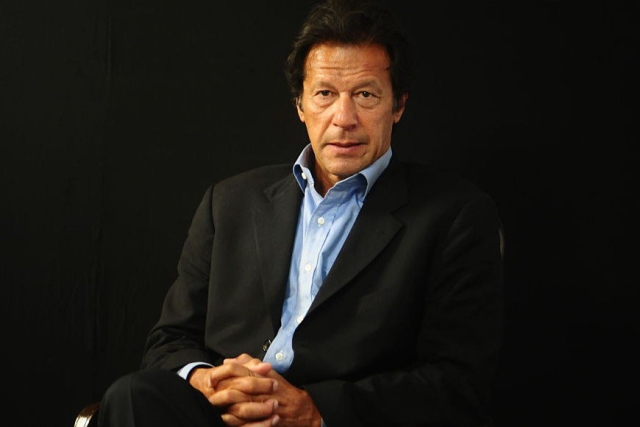 The swearing-in was unfortunately not without its drama, and Khan fumbled a bit while the country’s President Mamnoon Hussain was administering the oath.

Also present at the ceremony was his wife Bushra Maneka and Congress leader Navjot Singh Sidhu who was seated beside the president of Pakistani Occupied Kashmir (POK), Masood Khan.

On Friday (17 August), Khan was officially elected as the country’s Prime Minister after 176 members of the national assembly voted in favour of his party. In contrast, Pakistan Muslim League-Nawaz’s (PML-N) president Shehbaz Sharif received 96 votes.

While addressing the national assembly, Sharif demanded that a parliament commission is formed to probe allegations of rigging in the recently concluded elections.

Khan’s party had emerged as the largest force in the national elections on 25 July, with both the speaker and the deputy speaker also being elected from his party. Khan has promised that everyone who has looted Pakistan would be held accountable.