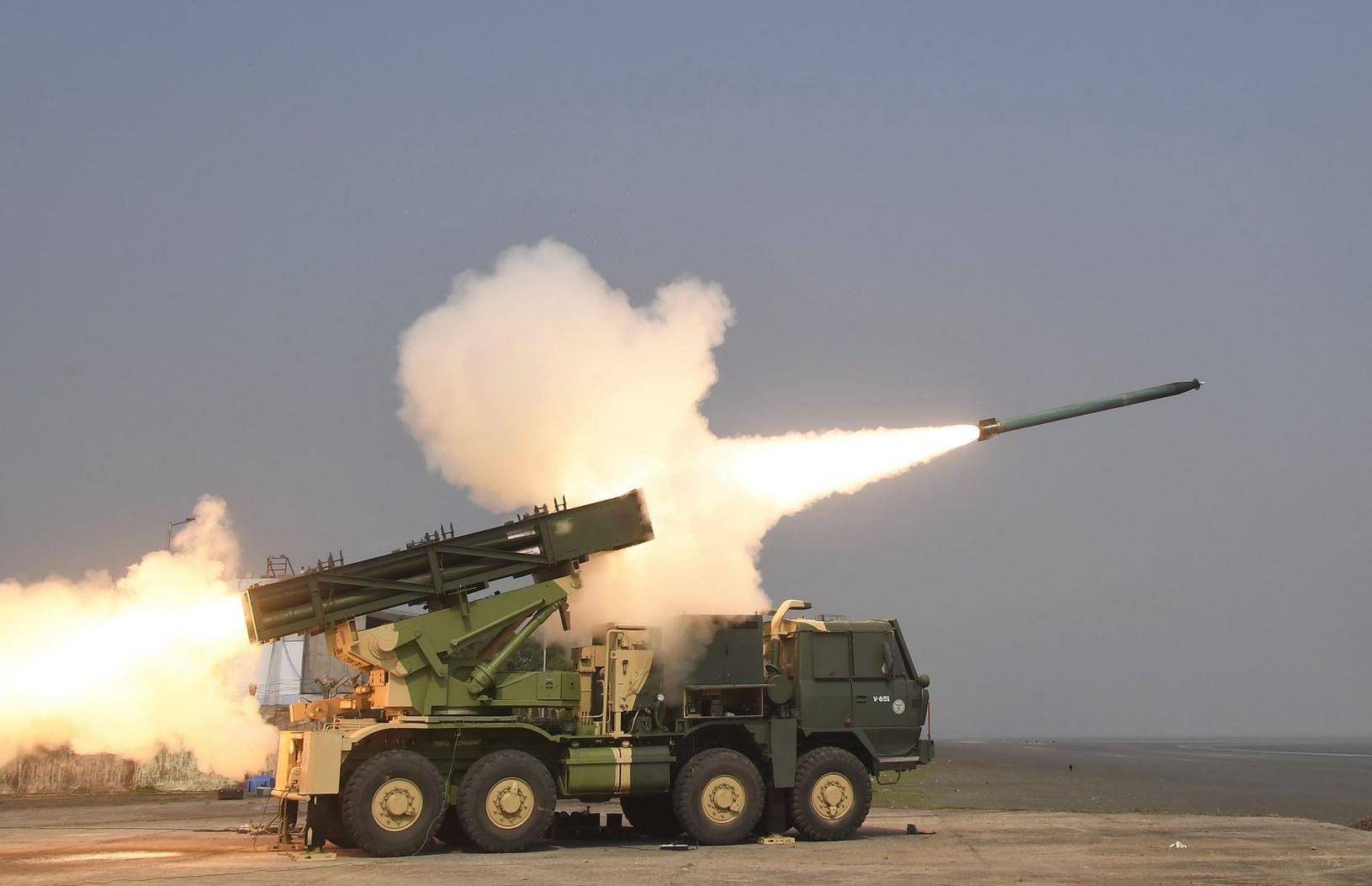 While the Pinaka Mark-I rockets have a range of 37.5 km, the new extended-range version can hit targets 45 km away.

A Pinaka MBRL system has 12 rocket tubes mounted on a Tatra vehicle. In salvo mode, rockets can be fired from these tubes less than four seconds apart.

These rockets can be guided to their target in enemy territory. This has significantly improved India’s precision standoff rocket strikes capability.