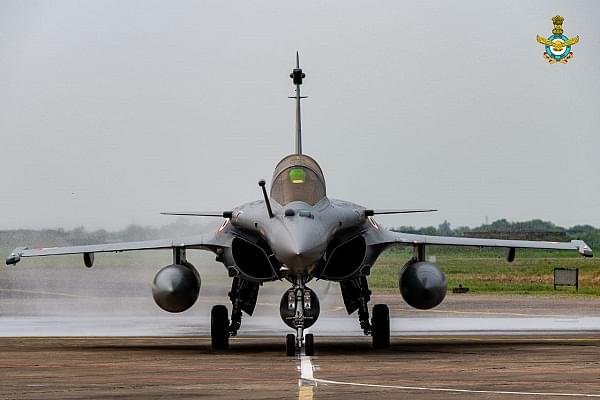 The Indian Air Force (IAF) on Thursday (10 September) shared never before seen footage of India's deadly Rafale fighter jets to celebrate their induction into the 17 Squadron - known as the Golden Arrows.

The induction ceremony was performed at the Ambala Air Force Base and was attended by dignitaries like Defence Minister Rajnath Singh, his French counterpart Florence Parly and IAF Air Chief Marshall RKS Bhadauria.

Glimpses of the Rafale in action with IAF. pic.twitter.com/WfohU5vMET

The video which promises glimpses into the Rafale in action, contains new footage like a first person view of the jet's journey from France to India including an arrow formation with the Indian tanker IL-78.

The video goes on to showcase the IAF Chief welcoming the fighter pilots at Ambala and the fighter jet subsequently carrying out a sortie across snow covered mountains.

It was earlier reported that the IAF pilots have been practising night operations with the Rafale in the the mountainous terrain of Himachal Pradesh to be prepared in case situation along the LAC worsens.