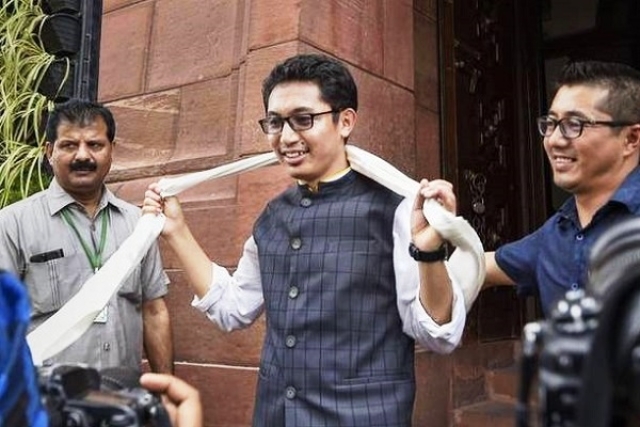 The BJP MP from Ladakh Jamyang Tsering Namgyal shot down critics of Article 370’s revocation by asserting that the only impact will be on ‘two families’ who would lose their livelihood as a result.

Namgyal recounted how Ladakh has been fighting for an Union Territory status for the last 71 years and noted how the region never wanted to be a part of Kashmir.

Here’s a copy of Namgyal’s landmark speech in the Lok Sabha:

He also alleged rampant discrimination against Ladakh at the hands of the Kashmiri establishment when it came to education and employment opportunities.

“You misused Article 370 to drive out Kashmiri Pandits from the valleys, you tied to finish off the Buddhist population in the state, is this your secularism?”, questioned Namgyal.

“Ladakh wishes to be come an unbreakable part of India”, asserted Namgyal to indicate the region’s firm support for the abolition of Article 370 and thanked all the supporters of the bill.