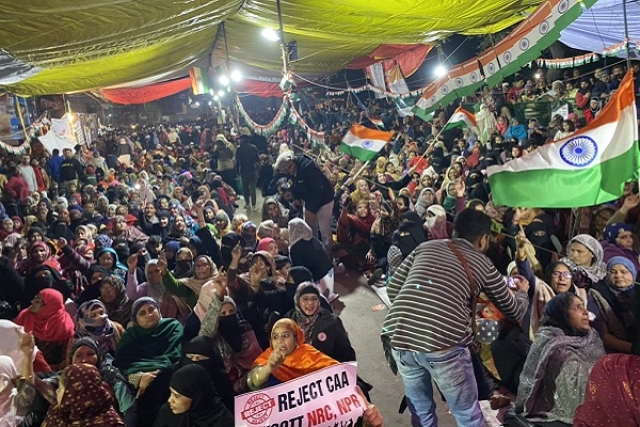 #WATCH Delhi: People continue to protest in Jaffrabad metro station area, against #CitizenshipAmendmentAct. Security has been deployed there.

As per the Delhi Metro Rail Corporation, entry and exit of Jaffrabad have been closed. Trains will not be halting at this station. pic.twitter.com/gOLTj9MUnG

In the wake of mass mobilisation by the protesters, Delhi Police has deployed additional personnel at the site. The protesters, mainly women raised slogans demanding 'aazadi' and said that they won't move from the site till the Union Government would revoke the CAA.

It should also be noted that the protesting women had tied blue bands on their hands as they raised slogans of 'Jai Bhim.'

The blocked road connects Seelampur to Maujpur and Yamuna Vihar. The latest road block by protesters comes even as the mediators from the Supreme Court are working to amicably get the protesters at Delhi's Shaheen Bagh to open up the road connecting Delhi to Noida which has now been blocked for more than two months.