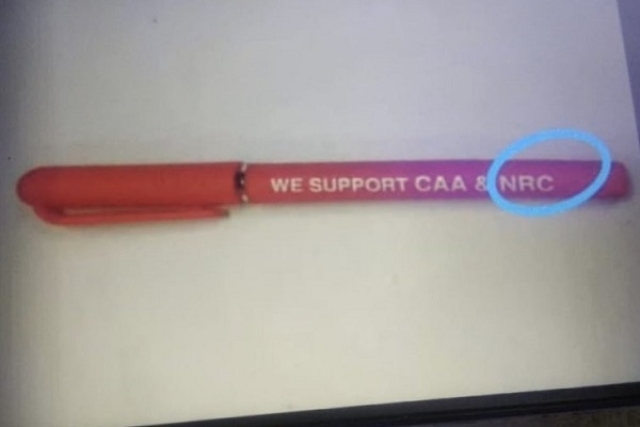 In a video that has gone viral on social media, a group of Muslims gathered outside the shop and can be heard raised slogans against the newly enacted legislation.

This is the pen. While pseudo seculars & Freedom of Speech warriors chose to ignore & stay totally away from the incident, #RSS & #HinduMunnani went there brought the police & stood with the poor & threatened shopkeeper who was warned by the extremists. Tamil/National media? pic.twitter.com/8Oh7kCTqWb

As per reports, Dinesh Kumar, owner of the shop, has been receiving threats since yesterday.

“I wasn’t aware that such words were printed on the pen. When the batches reached the shop, a Muslim boy saw the pen and left. Another person came to the shop, took a picture of the pen with the words and uploaded it on social media," said Kumar.

"Since yesterday, I have been receiving threats through calls from many places, but now the shop is open and remains safe with police protection.”

Kumar has also filed an FIR with the police.