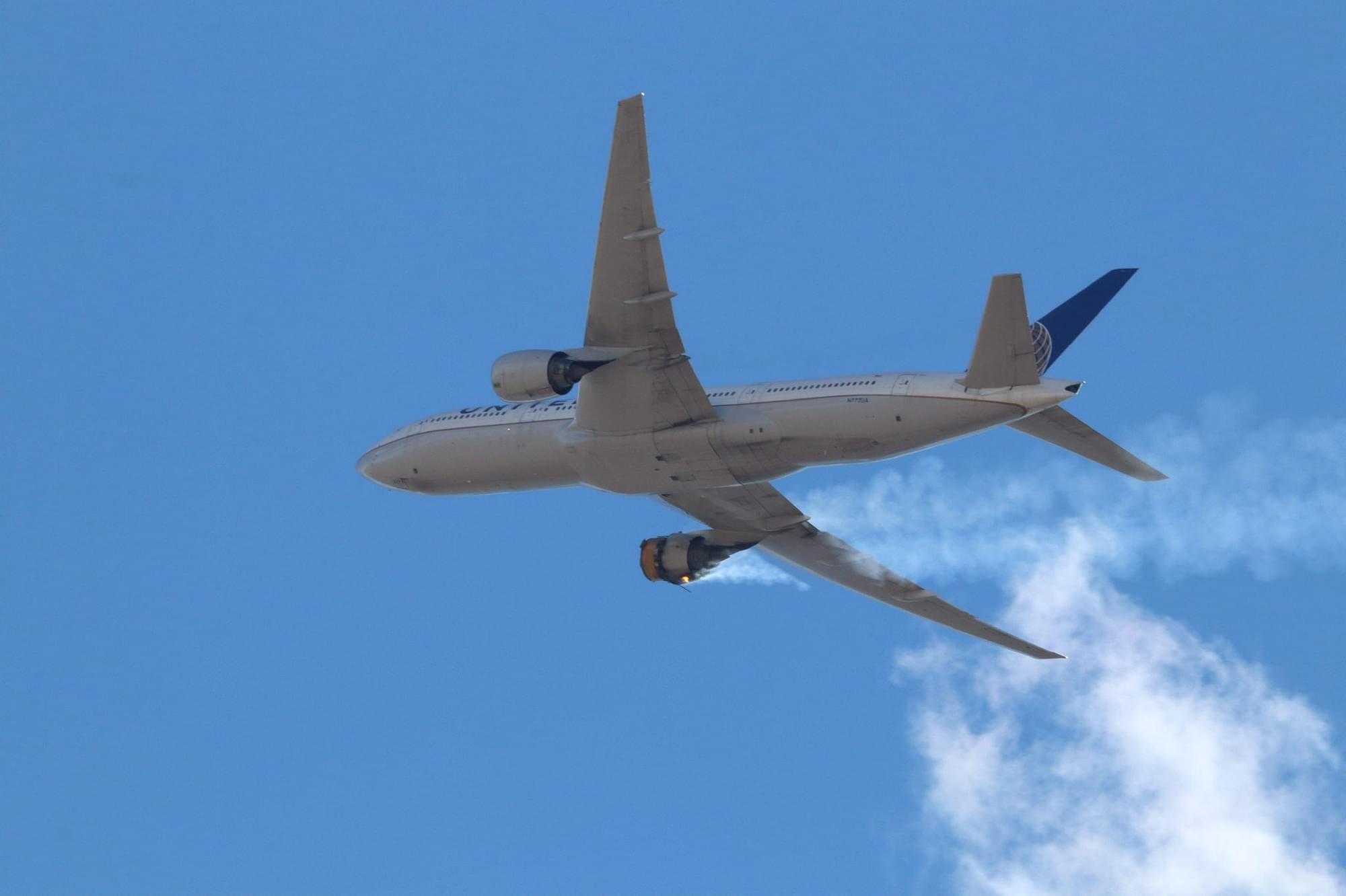 Yesterday (21 February), United Airlines grounded 24 of its Boeing 777s after debris from a plane experiencing an engine failure fell over a northern Denver suburb in Colorado, United States (US), reports The Denver Post.

The engine failure occurred in the United Airlines Flight 328 minutes after the Hawaii-bound Boeing 777-200 took off from Denver International Airport on Saturday afternoon.

It made an emergency landing and everyone is ok.

Check out these pieces of the engine falling from the sky...pic.twitter.com/1IyBj6Nlf2

Engine failure on Boeing 777 United aircraft. Plane took off from Denver and returned safely in 20 minutes. Engine parts fell soon after take off. Pilots flew the aircraft back safely. Look at the engine, it's hardly in shape. pic.twitter.com/gByQ9Sj85q

JUST IN: Denver International Airport officials tell us United Airlines Flight 328 bound for Honolulu returned to the airport after an engine problem. Neighbors heard a loud boom, took these photos of what look like Boeing 777 engine nacelle in their yards. pic.twitter.com/mklpz3VG4F

The Federal Aviation Administration of US said it plans to order increased safety inspections for the particular type of engine which uses a unique hollow fan blade.

Two of those blades were fractured and several were damaged, the investigation revealed.

“We reviewed all available safety data following yesterday’s incident. Based on the initial information, we concluded that the inspection interval should be stepped up for the hollow fan blades that are unique to this model of engine, used solely on Boeing 777 airplanes,” FAA Administrator Steve Dickson was quoted as saying in a statement.

United Airlines, meanwhile, said in a statement: “Twenty-four of United Airlines’ Boeing 777 planes with Pratt & Whitney 4000 series engines will be temporarily grounded until the airline and federal regulators can ensure the planes meet safety standards.”