[Watch] 'Some People Remain Absent From The House As Well As The Country': Anurag Thakur Takes On Rahul Gandhi 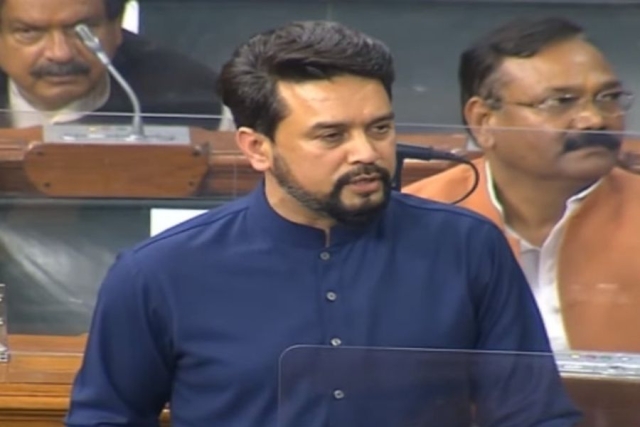 Minister of State for Finance and Corporate Affairs Anurag Singh Thakur spoke in the Parliament today on Union Budget 2021-22.

Thakur hailed the Budget and said, “This Budget shows a hope - a hope to build new India, a hope for stronger India, a hope to build Aatmanirbhar Bharat. I would like to thank the Finance Minister because this is going to set the path to make India an economic and manufacturing powerhouse.”

He then criticised Congress leader Rahul Gandhi who had spoken before him. He referred to him as a “senior MP” purportedly a jibe on Congress party’s repeated campaigns on “coming of age” of 50-year-old Gandhi as a ‘Yuva Neta’ (youth leader).

Thakur said, “A senior MP was speaking before me, so I thought he must be knowing rules of this House, and that if one issue has already been discussed, it is not discussed again.”

"I can understand that Honourable member may not have prepared his speech on the budget. He wasn’t here for other speeches. Some people remain very little both inside the House and indeed the country."

He also said that the Budget will set the path for India to be an economic and manufacturing powerhouse.

“Some will oppose according to their views. Some raised slogans of gareebi hatao, five generations have ruled but poverty did not go. But the son of a poor man lifted many out of poverty. Some people only make electoral promises and not deliver," he said.