Watch: This Cop Is Winning Hearts On Social Media For His Advice To Citizenship Act Protesters 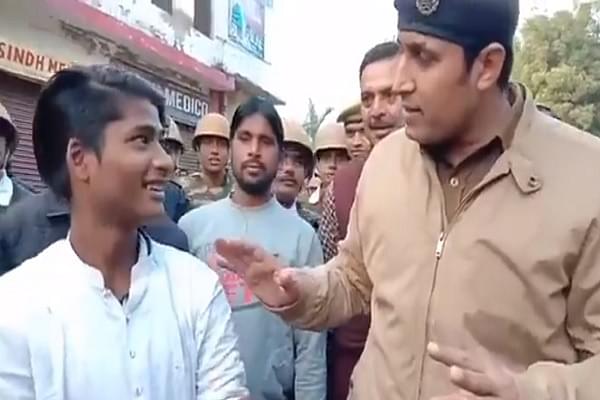 Amid the violent protests and the subsequent police action against the protesters, a heartwarming video of a police officer giving advice to anti-CAA protesters is going viral.

In the video, Santosh Mishra, the Senior Superintendent of Police (SSP) of Etawah, Uttar Pradesh can be seen communicating in a friendly manner with the protesters, including young boys, and advising them not to fall for the myths being perpetrated in the name of Anti-CAA protests.

“All of us have to live here. There is no law to [expel] any citizen of the country,” Mishra said.

“Who told you about leaving the country, you have to live here and study,” he said pointing towards a boy named Mohammad Tahir.

Further, the SSP advised the protesters to not believe on people spreading rumours about the CAA by saying that this law enables expulsion of certain section of people.

“Do no believe such lies, do not trust such people,” Mishra said.