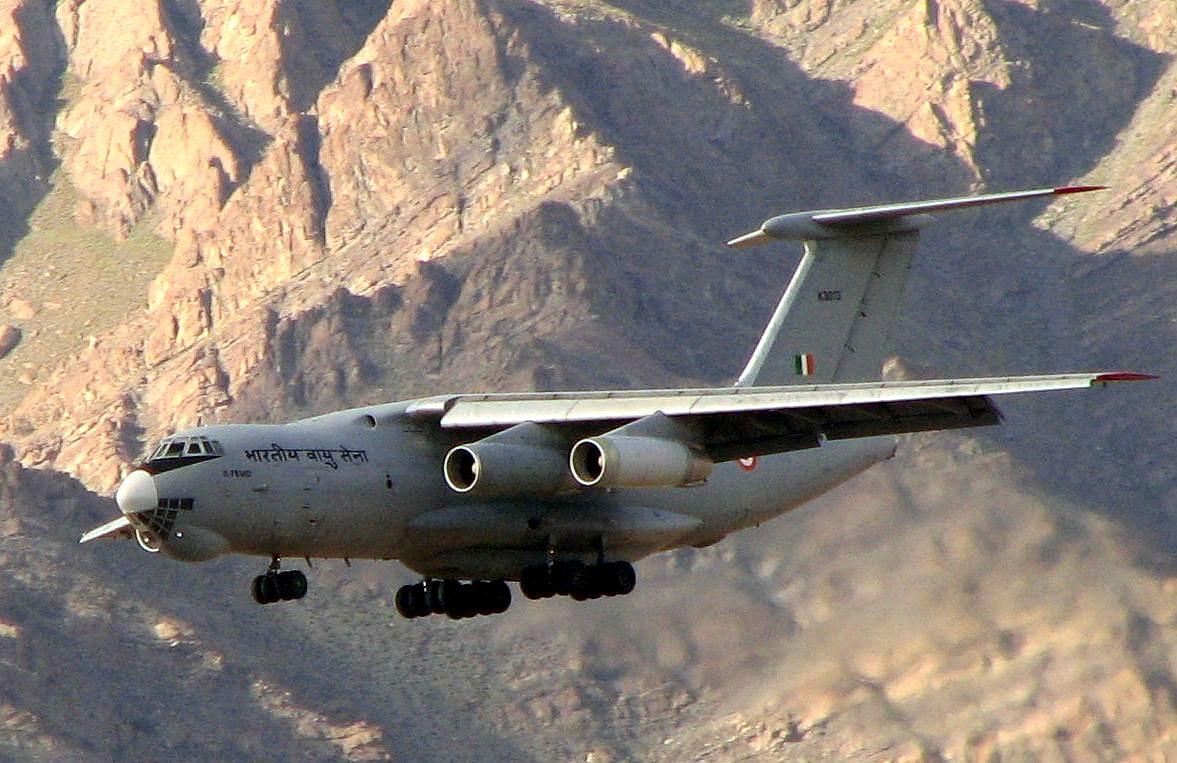 Il-76 of the Indian Air Force lands in Leh, Ladakh.

The Indian Air Force (IAF) continues to airlift supplies for soldiers deployed in eastern Ladakh to counter China along the Line of Actual Control.

Transport aircraft of the IAF, including IL-76s and C-17s, have been flying to Leh everyday carrying food and clothing for these soldiers.

A video of an IL-76 aircraft landing at an airbase in Ladakh has emerged.

With talks between India and China aimed at resolving the conflict in eastern Ladakh making little to no progress, the Indian Army has been stocking supplies for deployment that is likely to last throughout the winters.

India has moved over 50,000 troops to the region since May this year. China has also deployed a similar number of soldiers in this area.

The heavy transport aircraft of the IAF have also helped in airlifting tanks and armoured personnel carriers of the Indian Army from the plains to Ladakh. India has deployed its T-72 and T-90 tanks against China.

It was because of IAF’s improved capability to airlift troops and equipment that India was able to respond to China’s aggressive moves with heavy deployment along the LAC in a short time. The air force’s capabilities have improved significantly with the induction of US-origin platforms such as C-17 and C-130J transport aircraft and Chinook helicopters over the last few years.