‘We Have Pictures Of Rioters. Are They General Public?’ TN Chief Minister Defends Police Action Again 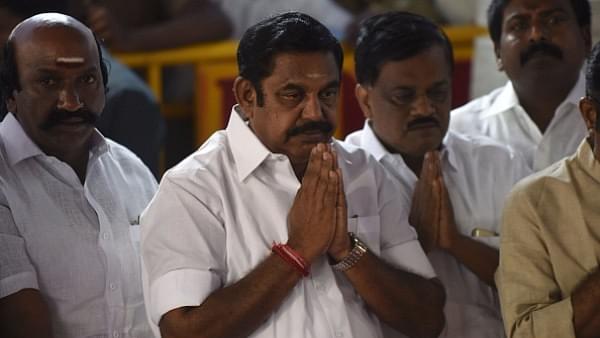 In a debate in the Tamil Nadu Legislative Assembly, Chief Minister E Palaniswamy came out once again in defence of continuing police action against 'anti-social' elements in Tuticorin. 13 people were killed and over 50 injured in police firing and lathi charge during a day-long riot in the port city. The violence was carried out by a section of protesters who were seeking  the shutdown of a controversial copper plant (run by Sterlite Copper) which they alleged was causing immense harm to the inhabitants of the town.

Rejecting Stalin's charge that the government was cracking down on genuine, democratic protest, Palaniswamy said: "I would like to clarify that we are calling only such elements (who indulged in violence) as anti-socials and not the general public"

Referring to how 'anti-social' elements had infiltrated the protests, he said the government had shown pictures and videos of violence where policemen were being attacked, petrol bombs being used to set fire on vehicles and so on.

Claiming that Tamil Nadu probably saw the highest number of protests among all the states in the country, the CM said his own party too had been part of many agitations and protests in the past.

"Did we take wooden logs or petrol bombs then?", he asked.-