West Bengal: Another BJP Worker Murdered After Switching Over From TMC; Party Holds Dharna Against Mamata 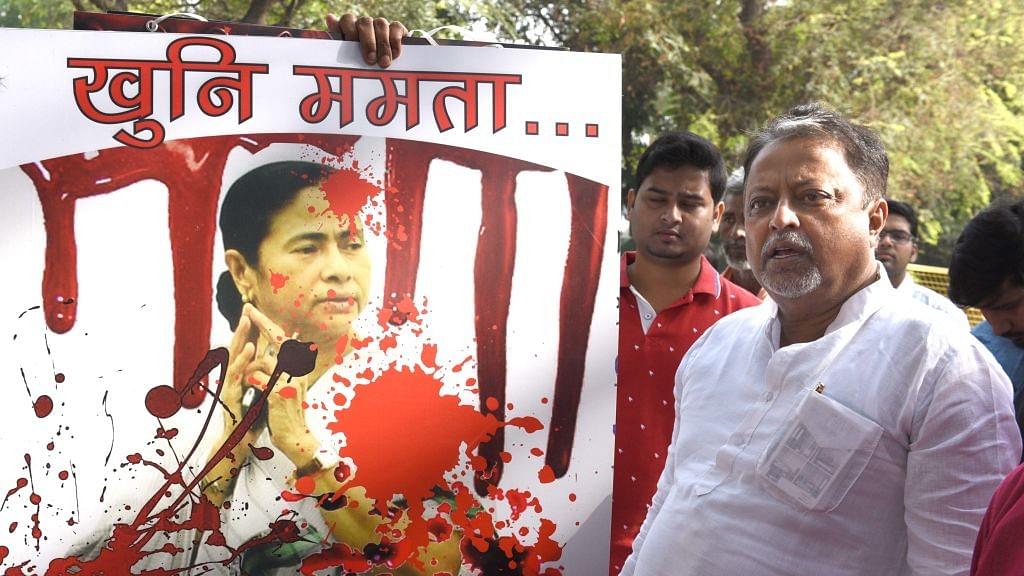 A 28-year-old Bharatiya Janata Party youth wing (BJYM) activist was found dead in West Bengal with his throat slit and several injuries on the body as post-poll violence continues unabated in the state, reports Times of India.

Anandapal, who was killed, had joined BJP leaving Mamata Banerjee’s Trinamool Congress a few months back. The BJYM activist was the resident of Maruganj of Natabari area in Cooch Behar. Kailash Vijayavargiya strongly alleged that the TMC workers killed Pal.

Anandpal’s body was found near a water body at Kanthaltala under Duaguri gram panchayat. There were several wounds in his body apart from the slit throat. Local BJP supporters sat on a Dharna, accusing TMC of continuing the post-poll violence.

“He had joined BJYM from TMC sometime back. On Monday evening, he attended a picnic and left for home after it was over. His body was found near the water body on Tuesday morning,” said Enamul Haque, a BJP leader at the Maruganj area.

“TMC is afraid of losing its base here and is trying to terrorise people,” said Malati Rava, party’s district leader. Meanwhile, TMC has declined all the allegations.

Tensions continued to prevail at Kakinada and Barrackpore after two persons were injured in a bombing. Ten people are arrested in the case. Violence continued as the bombing in localities of the cities went unhindered all night.