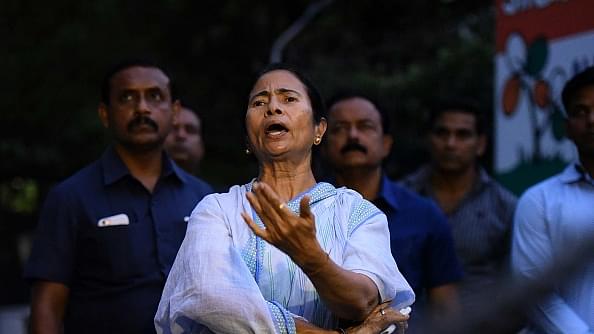 Making its first arrest in the Narada sting case, the Central Bureau of Investigation (CBI) on Thursday took into custody IPS officer S M H Mirza, who was allegedly shown in the Narada news portal clips accepting Rs 5 lakh from the sting operators.

Mirza, grilled several times earlier in connection with the scam, was arrested after a fresh round of interrogation by the CBI. He was produced before the CBI special court, which remanded him to custody till 30 September.

The CBI lawyers had sought five-day custody stating Mirza was not cooperating and seemingly suppressing facts.

Mirza's counsel said there was no need to take him into custody as being a responsible and high-ranking police officer, he would not flee. The counsel said Mirza had always cooperated and presented himself before the CBI on nine occasions for questioning.

Mirza was the superintendent of police of the Burdwan district when the sting operation tape surfaced in 2016.

In the sting operation by Narada News boss Mathew Samuel, the IPS officer and number of senior Trinamool Congress (TMC) leaders -- some of whom have crossed over to the BJP -- were purportedly seen taking cash or asking that money be deposited elsewhere in return for promising favours to a fictitious company.

The CBI lodged an FIR on 17 April, 2017 against 13 people, including Mirza and a number of TMC Ministers and MPs, a month after the Calcutta High Court ordered it to conduct preliminary enquiry into the sting footage case.

Names of former Union Minister Mukul Roy and ex-Kolkata Mayor Sovan Chatterjee also figure in the FIR. Both Roy and Chatterjee later crossed over to the BJP.

Others, whose names figure in the FIR, include Bengal Ministers Firhad Hakim, Subrata Mukherjee and Suvendu Adhikari; Saugato Roy, Kakoli Ghosh Dastidar, Prasun Banerjee and Aparoopa Poddar (all MPs); former Bengal Minister Madan Mitra and MLA Iqbal Ahmed -- all belonging to the TMC. The 13th accused and Trinamool MP Sultan Ahmed has since passed away.

The FIR was lodged after the preliminary inquiry revealed prima facie material for registration of a regular case relating to criminal conspiracy (IPC 120B) and under several provisions of the Prevention of Corruption Act.

Mirza, accused number 12, in the FIR was shown to have accepted Rs 5 lakh from the sting operator, the CBI said referring to the Narada video footage of 25 April and 27 April, 2014.