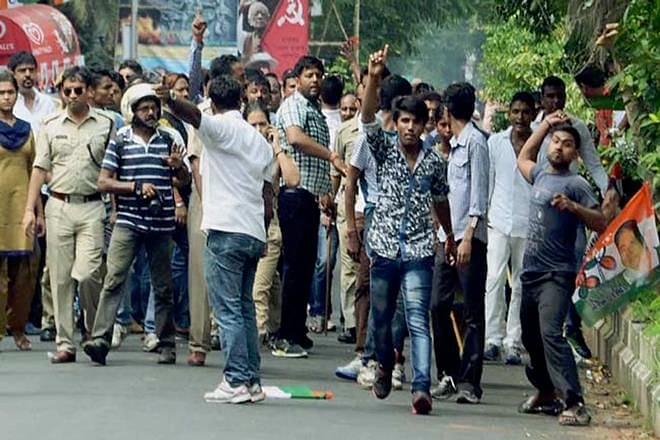 In the latest development, the National Commission for Scheduled Castes (NCSC) has begun its two-day visit to West Bengal on Thursday (13 May), reports Asian News International.

The Commission will meet the families affected by the political violence that broke out after the recently-held West Bengal Assembly elections and also inquire into the cases of atrocities against Dalits.

Speaking to ANI, NCSC Vice-Chairman Arun Haldar said, "The commission has received many letters and complaints of atrocities against Dalits in the state, ever since the results of the Assembly elections were announced on May 2. Taking those letters into account, Chairman Vijay Sampla and I are visiting Bengal for two days."

"We will visit spots from where complaints of murder and atrocities were reported. I belong from West Bengal and it's painful that the state government is unable to stop such violence that started after the election results. A Chief Minister should work above party politics," he added.

It should be noted that earlier the WB government had asked the NCSC to cancel its two-day visit to the state citing the pandemic restrictions and protocol.

The WB government had told the Kolkata high court that not a single incident of post-poll violence has been reported in the state after 8 May. However, the NCSC had decided to go ahead with the visit.

The constitutional body had claimed that it had received letters and complaints of atrocities against Dalits after the declaration of state assembly elections.