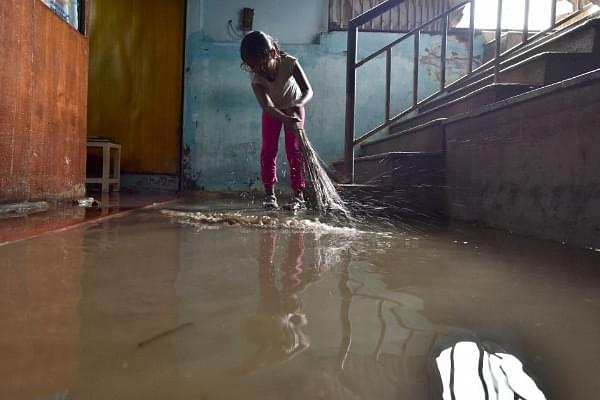 Several civic agencies in Bengaluru like BBMP, BDA, BMRCL and BWSSB are involved in various construction projects across the city and have been named collectively responsible for discarding the debris in the drains that have led to blockage now.

Currently, these agencies are undertaking at least 30 large-scale projects some of which are noteworthy underpasses, flyovers, signal-free corridors and metro work. The work has been going on for months now. Digging up of roads across the city has led to the creation of debris, which eventually find their way into drains. It becomes difficult for the rainwater to flow easily. This has caused flooding in the past.

Okalipura, which rests in the heart of the city, has seen an ongoing signal-free corridor for the past three years. The BBMP’s progress is at a snail’s pace at best.

The New Indian Express reported a BBMP official as saying, “The primary drains covered with slabs are blocked in between. This is due to the dust and debris. We cannot remove the silt till we complete the work. Since it is a long-term work, drains will be blocked at some point. We are aware of water being stagnant on roads, but we are helpless.”