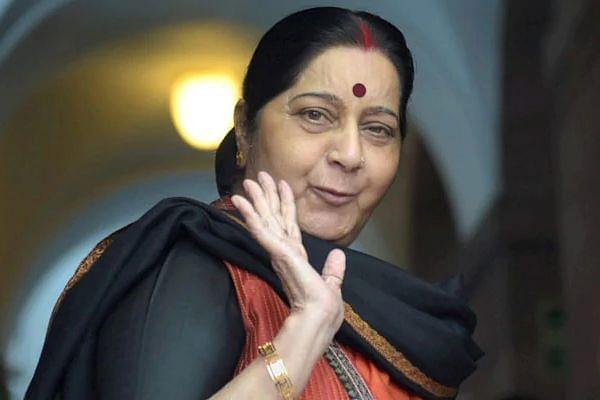 The External Affairs Minister Sushma Swaraj will be attending a two-day meeting of the Shanghai Cooperation Organisation (SCO) from Tuesday (21 May) in Kyrgyzstan's capital city of Bishkek to review the preparation for the SCO Summit to be held in Bishkek from 13-14 June 2019, reports Economic Times.

At the Council of Foreign Ministers (CFM) of the SCO, Swaraj will also be taking up serious issues of regional and international importance like dealing with terrorism. Her visit is a follow up after the Defence Minister Nirmala Sitharaman attended the SCO Defence Minister's Conclave in Bishkek in April 2019.

India had become a full-fledged member of the SCO in 2017 and this added much needed pan-Asian identity to the grouping which was otherwise dominated by China. After it having joined the group, India has been actively partaking in sundry SCO dialogues mechanisms under the Chairmanship of Kyrgyzstan over the past year.

The SCO was founded at a summit in Shanghai in 2001 with Russia, Kyrgyzstan, Kazakhstan, Tajikistan, Uzbekistan and China as founding members. It was in 2005 that India became an observer at the SCO, participating in meetings focused primarily on security and economic cooperation in Eurasian region.