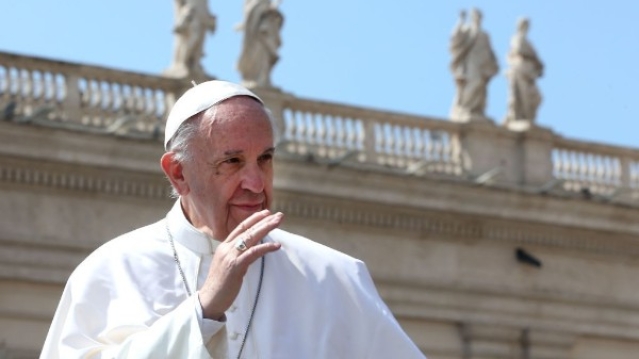 On the occasion of Christmas on Wednesday (25 December), while Pope Francis urged nations to have a softer approach towards the refugees, churches in India called on people to oppose the Citizenship (Amendment) Act, 2019, that seeks to help thousands of refugees in India.

As per a Time of India report, the Pope called for a softening of “stony and self-centred hearts”, directing the world’s attention to the plight of migrants and people living in areas plagued by conflict, social and political upheaval, injustice, or natural disasters.

Addressing the crowd in the St Peter’s Square, he said millions of people who flee their homes for “places where they might have hope for a dignified life” only find themselves “before walls of indifference”. At his annual Christmas speech, he urged the countries across the globe to take responsibility for healing such places and to accept the refugees.

On the other hand, churches in four Indian states orated sermons opposing the CAA, that eases the provisions of getting citizenship through naturalisation to the refugees who came to India before 31 December, 2014 from Pakistan, Bangladesh, and Afghanistan, belonging to Hindu, Sikh, Buddhist, Jain, Parsi, and Christian communities.

“We hope people of all faiths will walk against CAA at Thursday’s march,” Father Dominic Gomes, vicar general of the archdiocese of Kolkata, said as all the churches got together for a procession from the heritage from St Paul’s Cathedral.

Father Pradip Nanda of the St John’s Church and Union Chapel said, “The perpetrators of coercion should develop the fear of God in them, and should know where they are going instead of creating this fear psychosis in people. I have asked the congregation not to fear NRC or CAA, and help the poor and needy as much as possible by driving out of their minds the fear of whether they have relevant documents or not.”