WHO Expert Team Arrives In Wuhan To Probe Coronavirus Origins, Gets Quarantined For 2 Weeks 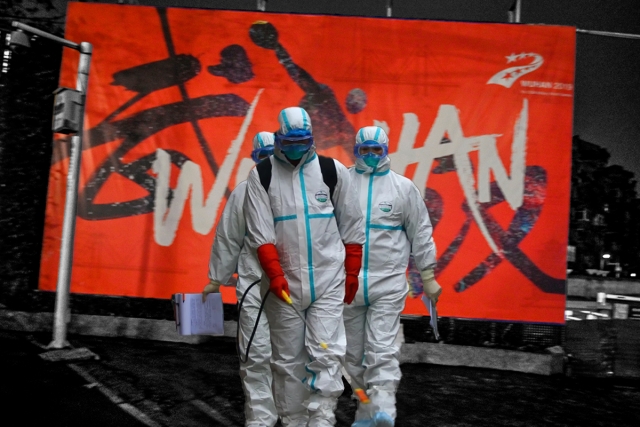 On Thursday, a team of experts from the World Health Organization (WHO) arrived in Wuhan to start the probe into the origins of the coronavirus, reports The Times of India.

Incidentally, on the same day China has reported the first death due to Covid-19 since May, 2020.

The team of 10 scientists who arrived in Wuhan will be undergoing two weeks of quarantine before beginning their work.

“The group would start with a mandatory quarantine at a hotel due to Chinese immigration requirements. And then after the two weeks, we would be able to move around and meet our Chinese counterparts in person and go to the different sites that we will want to visit. It could be a very long journey before we get a full understanding of what happened,” said Peter Ben Embarek, team lead for the mission.

"I don't think we will have clear answers after this initial mission, but we will be on the way. The idea is to advance a number of studies that were already designed and decided upon some months ago to get us a better understanding of what happened," he added.

Covid-19 pandemic which was first detected in Wuhan at the end of 2019 has so far killed two million people across the world.

With strict lockdowns and mass testing, China is largely successful in controlling the pandemic. But the covid-19 infection numbers are increasing once again.

On Wednesday, Heilongjiang province of China located in the North-Eastern part of the country declared an emergency due to increasing number of covid-19 infections and advised its 37.5 million residents not to leave the province.

China is determined to control the fresh infection spread as the country celebrates Lunar new year festival next month.

The lunar new year festival also referred to as the spring festival is widely celebrated in China and millions of its citizens will be travelling to their native places, which may in turn pose the risk of covid-19 spread.