‘Why Should Developing World Live In Poverty And Not Be Like Sweden’: Putin Slams Greta Thunberg’s Speech 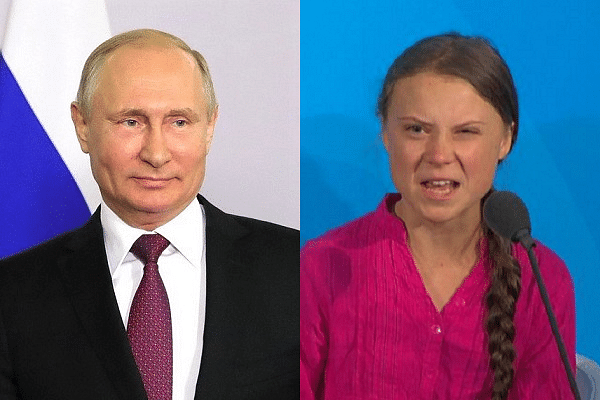 Russian President Vladimir Putin has refused to jump aboard the Greta Thunberg hype train and has raised questions over her environment activism, Reuters has reported.

While chairing an energy session in Moscow on Wednesday (3 October), Putin said that he doesn’t share the excitement about Thunberg’s United Nations speech like many others.

“Go and explain to developing countries why they should continue living in poverty and not be like Sweden. No one has explained to Greta that the modern world is complex and different and people in Africa or in many Asian countries want to live at the same wealth level as in Sweden”, Putin was quoted as saying.

Putin also claimed that Thunberg was being used by “certain groups” to achieve their own goals.

“When someone is using children and teenagers in personal interests, it only deserves to be condemned”, Putin was quoted as saying.