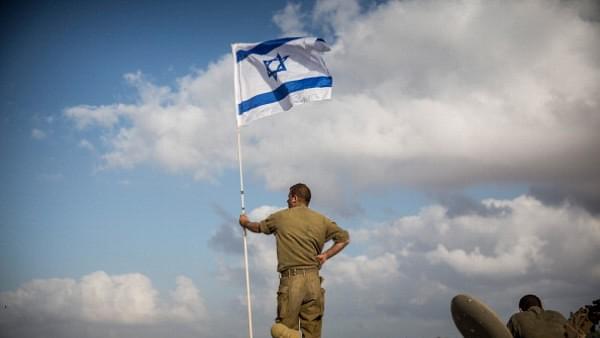 An Israeli soldier stands on top of an armoured personnel carrier near the Israeli-Gaza border in 2014 near Sderot, Israel. (Andrew Burton/Getty Images)

"We are continuing to hit Islamic Jihad after eliminating its senior commander," Netanyahu said during a special cabinet meeting, referring to Tuesday's (12 November) predawn strikes that killed Baha Abu al-Atta, a senior Palestinian Islamic Jihad commander and his wife.

He said the fighting between Israel and Gaza's Islamic Jihad group "could take time", Xinhua reported.

Netanyahu said that al-Atta "was responsible for most of the terror attacks emanating from the Gaza Strip in the last year and he was planning to carry out more attacks in the very next days".

He said that Israel is not interested in further escalation but warned the Islamic Jihad that the Israeli army "will continue to strike them with no mercy" if rocket fire towards Israel continues.

Netanyahu addressed the citizens of Israel and said the escalation "could take time" and asked them to stay vigilant.

The killing of al-Atta triggered a spate of violence, including at least 250 rockets fired at central and southern Israel and dozens of Israeli airstrikes in Gaza.

At least 16 Palestinians have been killed and 50 more were wounded in Gaza since Tuesday 12( November), according to Gaza's health ministry figures.

Meanwhile, no fatalities were reported in Israel and two people were injured by shrapnel, according to the country's MDA medical emergency service.