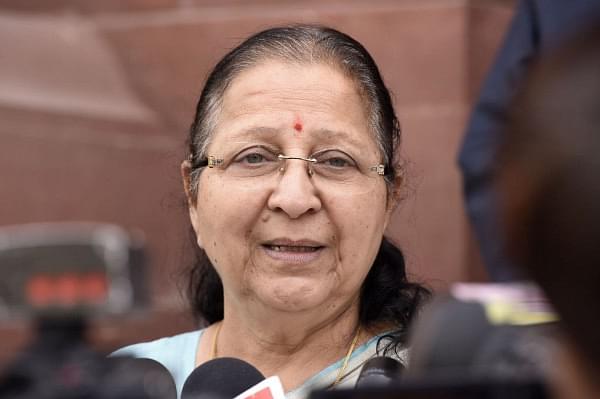 Questioning the affirmative action in government jobs and educational institutes, Lok Sabha Speaker Sumitra Mahajan said that Dr BR Ambedkar, the person who drafted the Constitution introduced reservations for about ten years to bring ‘social harmony’, but this has been extended forever since introduction.

Speaking at the three-day Lok Manthan programme in Ranchi, she was quoted by NDTV as saying, “The idea of Ambedkar Ji was to bring social harmony by introducing reservation for 10 years. But what we do is to extend the reservation every 10 years. There is a shortcoming,”

She reiterated on the fact that we need to follow Ambedkar to bring about social harmony in the country. She questioned if reservation will bring any welfare in the country.

BJP President Amit Shah in June had informed that the reservations will remain functional until the party remains in power. He had also informed that the Scheduled Caste and Scheduled Tribe (Prevention of Atrocities) Act will be up and running as usual.

Those who support the reservations are of the opinion that it is necessary since the poorer and socially ostracised classes didn’t have the privilege of getting access to good jobs and educational facilities in the paste. The ones that oppose opine that this affects the quality of professional services.