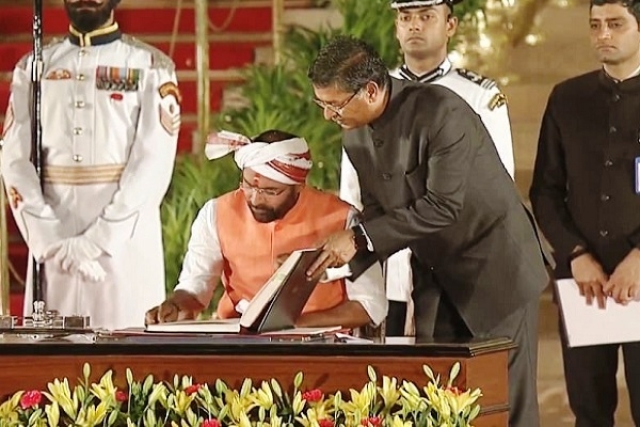 The new Minister of State (MoS) for Home Affairs, G Kishan Reddy said on Saturday that the government will eradicate terrorism in the state of Jammu and Kashmir in the coming days, reports Asian News International (ANI).

"In the coming days, I believe that the Kashmiri youth who are being attracted towards terrorism will understand the real situation. Pakistan is trying to spread terrorism in Jammu and Kashmir and in coming days we will eradicate terrorism in the state," said MoS Reddy.

The statement gains significance as the figures shared by the Jammu and Kashmir Governor, Satya Pal Malik at the meeting of the NITI Aayog's Governing Council on Saturday (15 June) showed that Jihadi terrorist activities have decreased in the state and are under control now.

It was also highlighted during the meeting of the Governing Council that two of the districts prone to terrorist activities which are also recognised under Prime Minister Narendra Modi's flagship Aspirational District Programme- Kupwara and Baramulla- have shown remarkable improvement.