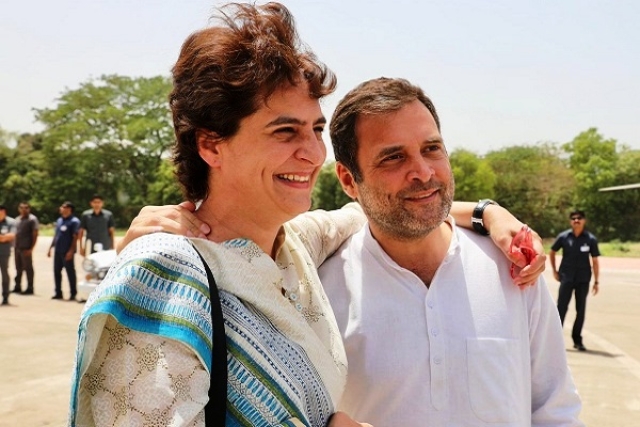 But missing in action is former party president Rahul Gandhi who was last seen publicly on Saturday (14 December) at Ramlila ground during the Congress rally.

However, official sources did not confirm Rahul's whereabouts.

This is not the first time Rahul Gandhi is seen missing in action while Priyanka had to take charge, at a crucial juncture.

The former Congress president is likely to take over again in due course. In the next year, after the Delhi polls, Rahul Gandhi is tipped to take over as president of the party, once again, sources said.

In the Saturday rally at Ramlila ground, the former president's cut outs were in maximum number and he just spoke ahead of Sonia Gandhi. Even party general secretary Priyanka Gandhi also spoke in the rally. While addressing the crowd, she had said “My leader is Rahul Gandhi”, putting to rest talks of her taking over the party affairs.

But eyebrows are being raised by Congress leaders and workers alike about Rahul's absence, suggesting that his presence could have made a positive impact.