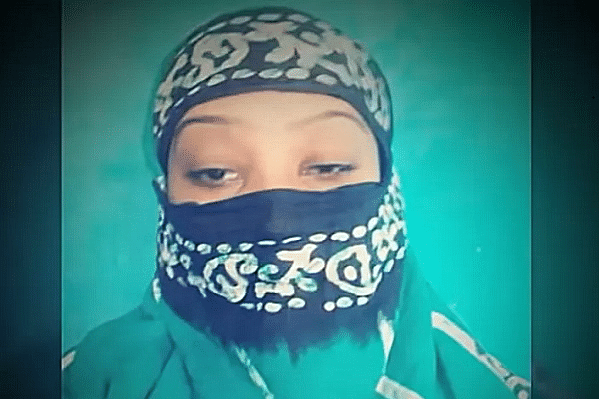 A week after she was arrested for allegedly posting objectionable and derogatory videos about Hindu deities on YouTube, Heer Khan is suspected of having connections abroad.

According to Inspector General (IG) (Prayagraj range) K P Singh, "Police have interrogated the woman at length and we are currently looking into her connections, both, in the country and abroad. We found that one Waris, currently working in the UAE and two men from Hyderabad used to send her money. Two Pakistani youths have also been found to be in touch with her."

Heer Khan, 22, was arrested after she allegedly uploaded an objectionable video of 3.58 minutes on YouTube on 23 August and it went viral.

Police said that the accused had uploaded 129 videos on YouTube and she was in touch with several other people through WhatsApp calls.

After her arrest on 25 August, an FIR under section 153A (promoting enmity between different groups on grounds of religion, race, place of birth, residence, language) and 505 of (statements creating or promoting enmity, hatred or ill-will between classes) of the IPC and, section 66 of the Information Technology (IT) Act were registered against Heer Khan at Khuldabad police station.

Police later added more sections to the FIR to include charges of spreading disharmony through mischievous content, sedition and section 67 of the IT Act.

During interrogation, Heer Khan told the police that her maternal uncle was the former president of Jamaat-e-Islami Hind and is currently associated with another organisation. She said her uncle's son was an active member of the Student Islamic Organisation (SIO).

The IG said that Sana, her uncle and his son had attended the protests against the National Register of Citizens (NRC) and the Citizenship Amendment Act (CAA) at Mansoor Ali Park in January 2020.

She told the police that a Kanpur-based man used to help her in shooting the videos and uploading them on YouTube.