YSRCP Leaders Accuse Chandrababu Naidu Of Violating Lockdown, Demand That He Be Sent Into Quarantine 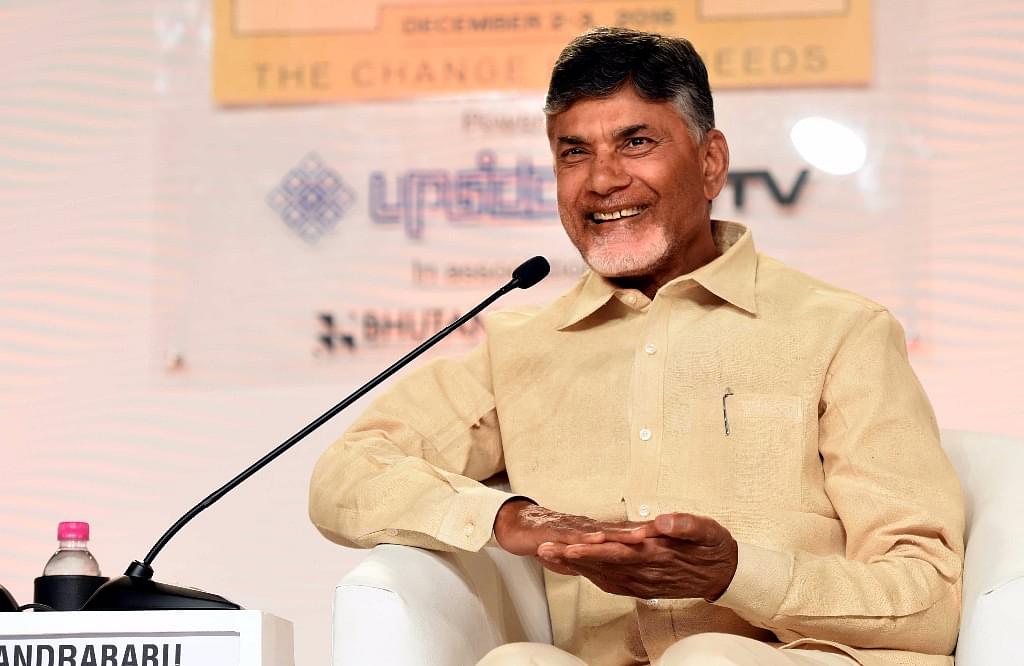 Alleged violation of lockdown rules by former Andhra Pradesh chief minister N Chandrababu Naidu while returning from Hyderabad after more than two months, sparked a row with the leaders of ruling YSR Congress Party demanding that he be sent to quarantine.

The Telugu Desam Party (TDP) president, who was ''stranded'' in Hyderabad since the lockdown began in March, reached his residence in Amaravati by road on Monday to a warm welcome by the party leaders and workers.

Earlier at Vijayawada, the leader of the opposition stopped his convoy to wave at a large number of party activists and followers who jostled to greet him.

YSRCP leaders alleged that Naidu violated the lockdown norms as social distancing was not maintained and the people who greeted him were not even wearing masks. Some went to the extent of demanding that he be sent to quarantine for 14 days.

"Since he came from a red zone area and crossed over from another state, he should be quarantined," said YSRCP leader G Srikant Reddy.

In a letter to Director General of Police Gautam Sawang, the ruling party leader said Naidu's followers gathered around his convoy without maintaining physical distance and without wearing masks.

The leaders of the ruling party and the main opposition have been indulging in political slugfest over Naidu's stay in Hyderabad. YSRCP leaders had taunted him for maintaining ''social distancing'' by staying 300 km away from the state. They also slammed him for what they call playing politics over the pandemic by addressing press conferences over zoom app from his residence in Hyderabad.

YSRCP leader Sajjala Ramakrishna Reddy said nobody had stopped the TDP chief from returning to the state but he preferred to remain in Hyderabad and when he finally returned he violated all lockdown norms.

There was also a row before Naidu's return to Amaravati. It was on 24 May that the DGP had permitted him to return to the state.

The TDP had even announced that Naidu would leave for Visakhapatnam on 25 May to console the families of the 12 people who died due to gas leak from LG Polymers on 7 May. The party announced that he will leave for Vizag by a flight from Hyderabad at 10 AM.

However, he could not go to Visakhapatnam as the flight was cancelled following the decision by Andhra Pradesh government to allow resumption of domestic flight services from 26 May.

TDP leader K Atchan Naidu alleged that the flight resumption was deliberately postponed by the Jagan Mohan government to stop the TDP chief from visiting Visakhapatnam.

"The government did this under a conspiracy to prevent him from going to Vizag," he said and claimed that Civil Aviation Minister Hardeep Singh Puri's tweet that the resumption of flights from Vizag and Vijayawada was postponed at the request of the state government was a proof of the conspiracy.

YSRCP leaders wondered how the government can be blamed if the flight to Vizag was cancelled. "He could have gone to Vizag by road instead of coming to Amaravati," said Ramakrishna Reddy.

TDP's senior leader and former minister Devineni Uma claimed that Chandrababu Naidu honoured all lockdown norms to seek permission to visit Visakhapatnam to call on the people affected by gas leak. "Why is the government afraid of his visit," he asked.

The former minister said Chandrababu Naidu would soon visit Vizag to meet gas victims. "Whenever he goes to Vizag, it is bound to create tremors for YSR Congress Party leaders," he added.