A Journey Into The History And Dynamics Of Reason And Irrationality 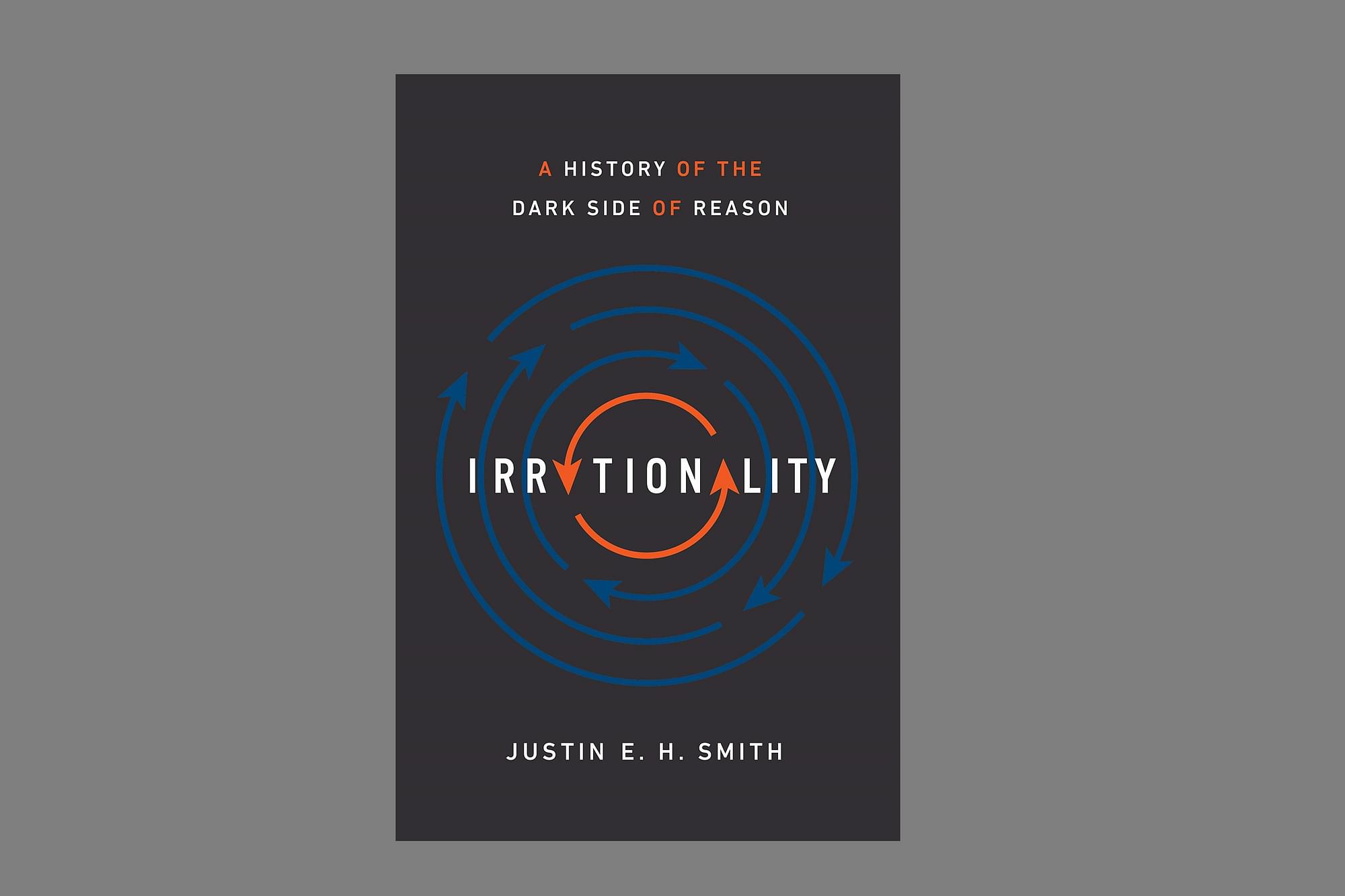 Cover of the book Irrationality: A History Of The Dark Side Of Reason by Justin E H Smith

The movie Inherit the Wind (1960), which fictionally dramatises the Scope Monkey trail has in it a scintillating court scene, where the defence lawyer Henry Drummond (played by Spencer Tracy) declares that “the one faculty of man raises him above the other creatures of the earth is the power of the brain to reason”. Elephants are strong, butterflies are beautiful and so on. The lawyer goes on to explain, thus making the ability to reason the evolutionary uniqueness of human species, or the peculiar gift of god, if you are a believer. In fact, it is a very old notion that man is a rational animal.

However, Justin E H Smith, author and professor of history and philosophy of science at the University of Paris, asks, what if we are also, perhaps, uniquely and equally irrational? In his book Irrationality: A History of the Dark Side of Reason (Princeton University Press, 2019), he considers it as ‘ineliminable’. So, we have to manage it and live with it. Historically, attempts to ‘eradicate’ irrationality have resulted in more harm than good, and the origins of such attempts are indeed very old.

At the same time, irrationality is harmful in itself. It has to be managed. The book is an interesting journey into the history and dynamics of reason and irrationality. If irrationality can be harmful, so can insistence on pure rationality. It starts with the murder of Hippasus of Metapontum, a Pythagorean mathematician-philosopher, who divulged to the outside world the irrational numbers — numbers which cannot be expressed as ratios (like the famous pi). According to the legend, he was drowned by the fellow Pythagoreans for this heresy, because this challenged their idea of neat rational mathematical universe. Justin Smith draws similar parallels: Stalinist execution in 1940 of Isaak Babel, a master chronicler of the lives of the poor Jews, at the time of Bolshevik Revolution, and the alleged branding of women followers in the supposedly pure rational modern cult NXIVM by its leader.

According to Smith, “the discreteness of kinds and the law of the excluded middle” form the “two pillars of our conception of rationality”. Here, ‘our’ denotes mostly the Western tradition. This has a long tradition going back to Aristotle. The “adherence to the law of the excluded middle and to the metaphysics of fixed substances belonging to natural kinds” soon became “strongly associated with the cultural-political project of Christianization”.

Here, let us just pause and remember the boons of Hiranyakashipu in the well-known Hindu puranic episode of Prahalada. His boons aimed to defeat death were built exactly on “the discreteness of kinds and the law of the excluded middle”. He could neither be killed by devas nor animals/humans. He did not envision a form that could combine all these. He could not be killed inside or outside a building. He failed to comprehend a space that could connect the inside and outside. He could neither be killed during day time nor during night time. He again failed to see the transition time that connects the day and night. It is amazing to see how a highly important philosophical insight has been encapsulated in a puranic story that every child grows up in India with. Now back to the book.

Justin Smith points out that a great tradition of rationalist philosophers sort of despised other mental faculties other than reason. For example, Spinoza, the supreme rational saintly monist of the seventeenth century, was phobic about imagination, which he considered as being “at the root of all superstition, and therefore of all suffering”.

However, Johann Wolfgang von Goethe (1749-1832), himself a devoted Spinozist, considered that the division between ‘sense and reason’ was artificial and that classicism had the ability in it to “bring them back together”. Justin Smith writes:

Goethe envisioned a practice of science that would not exclude the role of the emotions in the discernment of basic truths about the natural world. ... Goethean science lost out, of course, to the point that his vision of what science is or ought to be, just two hundred years or so after the fact, is barely recognizable to most people.

This is a very important insight and needs further expansion, perhaps, in another book. The thoroughness of dealing with the subject is quite impressive. He discusses Julian Jaynes, the psychologist who proposed the break-up of the bicameral mind and the emergence of consciousness. Today, as studies on religious evolution do speak of the emergence of axial age, which corresponds to the same time period Jaynes spoke about the bicameral breakdown and emergence of awareness and fundamental shift in religious worldview, Jaynes may well again be evoking interest. Was the emergence of reason related to this development Jaynes describes? According to Justin Smith, it was more because of change of practices, and needed “no genetic mutation, no internal transformation in the brain causing the voices to go silent and a new, more ordered and logical regime to take over”.

The chapter on pseudo-sciences is another one which makes an important distinction which should not be missed by the reader lest the arguments in the book be misused by bogus peddlers of parlour tricks as ‘sakthis’ and ‘siddhis’.

The rituals are, perhaps, the tool that our species have evolved to ‘manage’ the ‘irrationality’. Justin Smith, here, approvingly comes to the view of Frits Staal (1930-2012), an Indologist who spent his life studying Vedic fire rituals, the yajnas (particularly famous is his organising and documenting of Athirathram). So the rituals and mantras are for Staal, “rules without meaning”, which are “more primordial than language in giving order and orientation, if not conceptual tools, to human existence”. While Protestant Christianity as well as the exotic Tolstoy-type Christianity may consider rituals as superstitions, according to Staal (and also Smith), rituals “is the reason of religion itself, although in a deeper sense of ‘reason’ than we ordinarily understand it, as order rather than conceptual articulation. It is ritual, some have felt, that holds the world together”.

Now, again, let us pause here and get into Hindu view of this aspect. The etymological root word for both reason and rational is *ar in Proto-Indo-European (PIE). This is the same root word from which comes Rta – the central vedic concept. Hindu religion and culture, including the rituals have been built centred on Rta. The vedic rituals are done to uphold Rta. Ultimately, in Indian culture, all activities — from ploughing and cooking to eating and fighting — all were called as variant forms of the primordial vedic fire ritual — the yajna. Mahatma Gandhi extended this concept to his entire view of economics. Author and philosopher Ram Swarup, in his study of Gandhian economics, points out that Gandhi premised his entire concept of economic activities on this: “Economics should be a Yajna, an act of participation, sacrifice and renewal, giving back what we receive”.

But in India, it is very common to hear a person say that she is living her life as a yajna. Often the agricultural workers in south India call the farmers ‘yejaman’ meaning he who conducts a yajna — this makes the farmer not the owner of the land but the chief conductor of the ritual, and the workers not mere paid labourers but sacred contributors to the yajna, if not always in practice, at least in principle.

So education becomes ‘yajna of knowledge’ and eating food itself is a ritual of fire where the food becomes the offering to the fire residing inside and so on. Every morning, when women in south India create beautiful patterns of kolams, which relate to both aesthetics and higher mathematics, they are also contributing to upholding of Rta.

Now let us come back to what Justin Smith says in continuity:

Thus the protagonist of Andrei Tarkovsky’s 1986 film The Sacrifice, on the brink of a nuclear apocalypse, entertains the idea that if only he had dutifully done some deed each day, even if it were just flushing the toilet at the same time, perhaps the world could have held together: an absurd thought, of course, but one coming from somewhere deeper than fear and desperation. If reason is order, there is no more effective way to enact it in an individual human life than through repetition. Yet there is also nothing more apparently irrational... than to find oneself enslaved to the obsessive compulsions of religious ritual.

That all your activities, even routine ones done with a particular sense of awareness somehow contribute to cosmic harmony and upholding of the very universe — may not be a ‘rational’ thought. But Justin Smith adds to the above passage that it ultimately depends “only on the frame of our judgment” whether a ritual is done “as the height of rationality, or as its opposite”. The book is a must read for every student of philosophy who needs to understand how Western philosophy, religion and worldviews, which today dominate our planet, have evolved. It also shows the deficiencies which plague them. It also makes us aware of our own civilisational deep strengths not in a self-congratulatory manner but in a pragmatic way.

Coming as this writer is, from Tamil Nadu, a state whose politics has been plagued by pseudo-rationalist movement that apes the refuse of Western enlightenment rhetoric (and not substance), and has even perverted that into a racist discourse, one can more than empathise with what this book says. It resonates with the lived experience — though not in a sublime but a pathetic way. One cannot even in the most remotest sense compare a rational non-dualist like Spinoza with the pseudo-rational racist originator of Dravidian movement.

The true self-help, it turns out, is not in the facile teachings of the self-help professionals and confidence men, but in thoroughly working through everything that is good, everything we love, in what we also hate and wish to be free of: all the delirium and delusion, the enthusiasms, excesses, manias, mythmaking, rhapsodies, stubbornness, and self-subversion that make human life, for good or ill, what it is. (emphasis added)

A certain dark-skinned cowherd-turned-charioteer from a timeless eternity smiles at the words.