An Open Letter To The Honourable Union HRD Minister 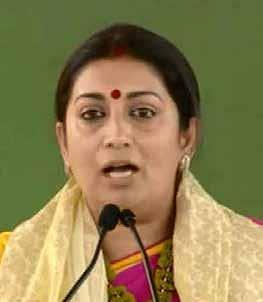 Let us be 150 per cent clear about this. India will not produce world class first rate universities until and unless these institutions are given genuine autonomy.

Everybody seems to admit that we are facing a crisis in higher education. Unfortunately, the Humphrey Applebys in your ministry with their obsession on controls and personalities, are all the time focusing your attention on how your ministry can continue to influence individual appointments of senior administrators in various higher education institutes. This is because the civil service is convinced that such control is key to their ensuring their own importance. They have maintained and even strengthened this tradition inherited from our erstwhile British rulers who viewed the control of universities as critical. As a matter of course, they did not follow the traditions of their own country. What was good for British citizens was not good at all for Indian subjects.

In England and Scotland, from medieval times, universities have been treated as autonomous bodies run by their own “fellows” or “dons”. If a king gave money for a college, then it was named “King’s College”. But this gave no rights to the king to decide who would be the vice-chancellor or the provost, what would be taught in the institution or what degrees would be awarded. In contrast, in British India, the provincial governors reserved for themselves the right to make key appointments. Every Indian civil servant I have talked to, irrespective of which party is in power, is absolutely and fanatically determined to retain government (by which they mean ministerial, departmental) control over appointments in academic institutions, over compensation levels and so on. The argument they make is that since the government has given the land and the funds, it has this right. Please note that the kings of England, despite giving money, voluntarily chose to waive this right.

Let us be 150 per cent clear about this. India will not produce world class, first rate universities until and unless these institutions are given genuine autonomy. Senior appointments must be made by independent boards of governors who should decide on their own composition and successors. At no stage should a secretary of the Government of India be involved. If we do not institute this independent process, we can forget about academic excellence. Government interference will always result in bizarre outcomes like wrong biology being taught in the Soviet Union merely because Stalin approved of the syllabus or in first rate Jewish scientists being kicked out of German universities (ironically to the benefit of British and American universities) merely because Hitler hated Jews.

One can argue that these malign examples are extreme ones. Given our national penchant for avoiding extremes, we will not see such happenings—we will instead witness slow atrophy, decline and decay of our universities—pretty much what has been happening these past decades.

The British thought of Indian universities as institutions that would prescribe syllabi, conduct examinations and award degrees. Our universities have admirably achieved these objectives and continue to achieve them. The British were equally clear that all research and the search for new knowledge would remain the preserve of the West. Even if Indians were the creators of this new knowledge, they should ideally not do it in India.

The British partially failed to achieve what they wanted during their rule. C.V. Raman and Jagadish Chandra Bose managed to do world class research in British India. In free India of course, we have succeeded where the British failed, in banishing all original research. Nobel laureate Venkatraman Ramakrishnan may have “written examinations in Vadodara”—but his research is at Cambridge. We can count it as a substantive achievement that we are committed to enhancing the human capital of other countries. We are a generous people.

The many institutions that we have chosen to set up, under government control, of course, are specialized organizations—they will teach only Engineering or Medicine or Management or Films. They will not succumb to the temptation of multi-disciplinary studies. And that has become their Achilles heel. Research that leads to new knowledge invariably happens where disciplines intersect—Economics, Statistics and Psychology or Design, Engineering and Social Anthropology. It is in the pursuit of multi-disciplinary endeavours that our IITs, IIMs, NIDs, AIIMS-es and FTIIs are challenged.

I have the following suggestions to make to you:

2. However, please do not tell them how to do it. To have a one-size-fits-all UGC approach will kill innovation and experimentation, introduce uniform mediocrity and allow the Applebys in your ministry the chance to exercise greater stultifying controls.

3. Give these institutions block grants guaranteed for a period of 10 years, provided each year they pass a simple financial audit test—not a negotiation with your ministry or the Niti Aayog.

4. Give these institutions genuine autonomy apropos of curriculum, recruitment, promotions, rewards, recognitions etc. The sad fact is that under British rule, vice-chancellors like Ashutosh Mukherjee and Radhakrishnan had greater flexibility and autonomy than today’s education leaders. Please end this ironic and tyrannical position once and for all.

5. I suspect that some will do a bad job and turn out dismal performances. On the other hand, enough will do well and the chances are that in 10 years, they will have a Nobel laureate or two.

6. Do allow Private Universities—both “for profit” and “not for profit” ones—to come up and flourish. But do remember that every great country also has a world class public higher education system. We need both. And that is when excellence will finally prevail in India, instead of the shoddy banality that our higher education represents today.

Wishing you luck in your endeavours,