Birth Control As A Man’s Responsibility: The Case Of The Infertility Gel 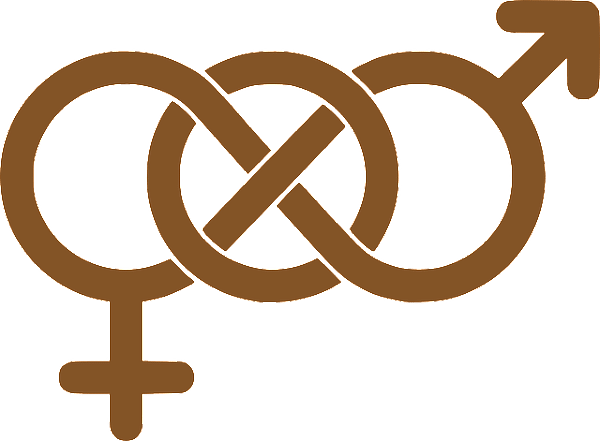 If you don’t know who Professor Sujoy Guha is, well, then you only have Big Pharma to blame. But before I divulge the reason as to why you must know the man, let me share a little personal titbit. As anyone who knows me is already aware, I pride myself on being a feminist who believes in the equality of the sexes. However, there was one facet in this equality discourse that I seemed to have missed, and which was – thankfully – brought to my attention by yet another feminist, who also happens to be my cousin’s wife. (Thanks, Anu; this one’s for you.)

One fine day, as I innocuously logged onto my social media profile, with no intention of spending a minute more than the customary five minutes, I stumbled upon a brilliant post. It was written by my sister-in-law in question (or, at least, I hope she’s not being questioned by her patriarchal in-laws. Then again, knowing her, I am sure she doesn’t give two hoots!).

The post was curiously titled. “It’s time your scrotum took some responsibility of its own.” Underneath the title was an article on a revolutionary birth-control mechanism – for men! Of course, that was not the brilliant part.

What was brilliant was yet another personal message that she had inscribed for her husband (my younger cousin brother): “If you want to have sex with me again…it’s time you took some contraceptive pills. After all, I did it for a year…now it’s your turn!”

Of course, even as I grinned in feminist delight, I was a little taken aback. After all, the usual equations for couples as they go, stand something like this:

To these particular equations, I do plead, mea culpa! In fact, to be completely honest with you, I wasn’t even aware that something like male contraceptive pills were available in the market, and that – considering how well-researched I usually am – was saying something. In fact, I actually wondered, why was there so little information about the different options for male contraceptives. (I am excluding the commonplace condoms, which in any case are usually not the preferred method for birth control post-marriage.)

In fact, truth be told, birth control, especially after marriage, is primarily seen as a woman’s responsibility, whether she pops a pill, takes an injection or gets the IUD (popularly called copper-T). The man, as far as this goes, takes zero responsibility. How convenient!

Of course, the bigger question looming in my mind still was: why was there so little information? Thus, to assuage my curiosity, I decided to undertake some research (sorry, occupational hazard!), and this is what I found.

Have you heard of RISUG? Chances are, you haven’t, courtesy Big Pharma. But, trust me, you should. RISUG stands for Reversible Inhibition of Sperm Under Guidance, the biggest development in the world of male contraceptives in more than a century. Of course, it may come as a surprise to you that this breakthrough did not come from a Big Pharma lab, but rather a start-up in a quaint little city that houses the oldest IIT in India, IIT Kharagpur.

That’s right. The biggest breakthrough that has come in the world of male contraceptives has, in fact, emanated in our very own hinterland, by Sujoy Guha – a professor at IIT Kharagpur – who has been working on this wonder “gel” for the last 46 years (since 1971), thanks to the funding received from the Ministry of Health and Family Welfare, with coordination support provided by the Indian Council of Medical Research.

So, what does the gel do and how does it work? Well, Guha’s technique is fairly simple. The polymer gel is injected into a man’s scrotum (that’s what carries the sperm around), and zap, it neutralises the threat (or the sperm), rendering them infertile or “impotent”.

Maybe therein lies my answer. Isn’t “infertility” and/or “impotency” a man’s biggest nightmare? Well, it ought to be, if we consider the sheer size of it. (Sorry men, I couldn’t restrain the size allusion.) In fact, the male infertility market stood at a whopping $3.1 billion in 2016, with Viagra accounting for 47 per cent of the total revenue in 2014 in the $3 billion erectile dysfunction market. If that’s not a testament to how men feel about infertility and impotency, I wonder what is. And if one is still not convinced, we can always visit those doctors who market themselves on the walls of rural India, promising secret solutions to secret problems.

It should, therefore, actually not come as a surprise to us that the “big boys” at Big Pharma are simply not interested. In an era where they are busy promoting sexual “wellness”, with condoms that come tipped with the local anaesthetic benzocaine for long-lasting performance, which Big Pharma would want to invest in a product that would make their consumers “impotent” (even though, reversibly)? Especially, when the seller is a man himself. (Note: Not to mention, it will also eat into his profits from female contraceptives and condom sales. Talk about a lose-lose situation!)

In fact, says Dutch gynaecologist and entrepreneur Herjan Coelingh Bennink, “The fact that big companies are run by white, middle-aged males who have the same feeling—that they would never do it—plays a major role. If those companies were run by women, (the situation) would be totally different.”

Truth be told, Dr Bennink has actually hit the nail on the head. The fact that Big Pharma is run by a group of men is going to be a major reason why RISUG is not likely to be a game changer and will probably remain a feminist’s distant dream.

Then again, I guess asking a man to take equal responsibility for reproduction is too great an expectation. While they will happily partake in all the pleasures, they will not partake in a little pain. Hence, they would happily expect their partner to pop a pill and risk breast or cervical cancer, but would not in turn surrender their million soldiers to a little rest and recreation.

While a popular daily wrote that “RISUG’s success hinges on men”, the truth is that it actually depends on us women. As anyone who has studied Economics 101 knows, and will vouch, markets are driven by demand and supply. As long as there was a demand, the big boys at Big Pharma would comply, and supply.

Hence, if Guha wants to be successful in helping bring this revolutionary new procedure to the forefront – which will cost as little as $10 (approximately Rs 640) – he needs to change his tactics and his target group.

Let him not target the man, who shall simply not comply. After all, even reversible “impotency” contains the potent threat of impotency (even when it can be restored)! He should instead “target” the woman – the “wife.” If she demands that her partner take equal responsibility in reproduction – as virtues of equality dictate – Big Pharma will comply.

I am not saying that it’s going to be an easy ride. Insertion of a new product seldom is. But with the right move, Guha may get his placement right. (Pun, you bet, was intended.)