Breasts And Vaginas On Demand 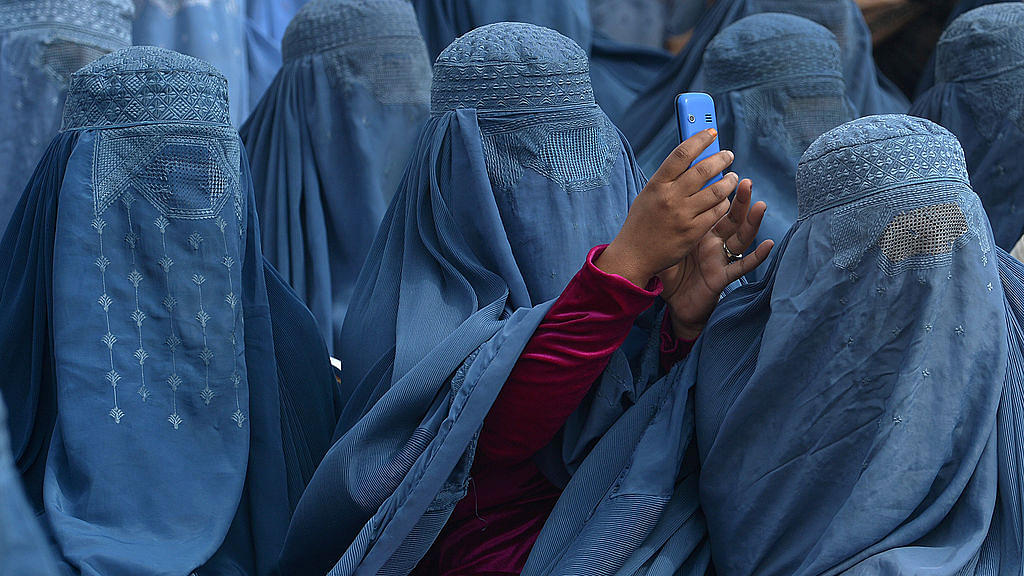 EGYPTIAN-AMERICAN journalist Mona El- tahawy’s book is a brave effort to bring to the world the voice of the oppressed, exploited, raped, beaten and subjugated citizens who are 50 per cent of the population of the Muslim/Middle Eastern and North African world. With the help of personal narrative and the voices of numerous women, Eltahawy tells us how the heady cocktail of religion, culture and politics leaves the women in the region vulnerable and enslaved, whether inside their homes or out- side, right from birth, till death relieves them of the burden of being women.

Headscarves shocks but never sensationalises; the author’s voice is almost matter-of-fact, as she paints a portrait of a deeply misogynistic region guided by interpretation of a seventh century religion which has not only refused to get modernised, but has actually regressed over the decades. Growing up in an educated and seemingly affluent Egyptian household in three different countries—the UK, Egypt and Saudi Arabia, Eltahawy is more fortunate than most of the people she writes about, but even she did not escape the cycle of violence. Her personal story is a journey of discovery of her individuality, her feminist views and her personal sexual liberation.

The book certainly makes you feel sick in the stomach time and again as you read about Lama, a five-year-old girl, who was beaten, burnt and raped by her cleric father because “he apparently suspected (she) was no longer a virgin”. Or Manal Assi, a 33-year-old teacher in Lebanon “whose husband bludgeoned her with a pressure cooker after accusing her of adultery”. If this is not enough, when the police were informed as Assi lay dying, they refused to do anything—“they could not interfere in a family matter”. Or eight-year old Rawan in Yemen, who died of “internal bleeding after a man five times her age fucked her to death on their wed- ding night”.

The book can be divided into four sections. The first is about hijab, seen by many as the ultimate symbol of a women’s entrapment. Here, Eltahawy doesn’t take a one-sided view but is nuanced about the different layers of interpretation, plurality of views and the freedom to exercise choice. At the same time, she doesn’t shy away from taking a bold stand on why it is not really a matter of choice for the millions of girls and women, but a decision forced upon them. And if the hijab is intended to protect a woman’s honour from the leering eyes of men, then it has done a very poor job of it, given the extremely high incidence of sexual harassment in the Middle East.

The second section is about the violence that women face at home and in public places, at the hands of relatives, outsiders and the State. Nowhere are women safe, as Eltahawy cogently argues, with compelling statistics and real life incidents. There is no escaping religion- and State-sanctioned violence. The legal system, as it exists, is of no help and if anything, makes it worse by turning the female victim into a guilt- ridden individual who deserves to be punished. The third section is about virginity (hymen) and one of the worst forms of religion- and State-sanctioned violence against girls in this part of the world—female genital mutilation.

The last section is about the small victories and concessions that women in the Islamic world and/or the Middle East are winning— participate in the Olympics, play sports in schools, occupy political positions, the right to drive—and the battles they are fighting. The legal system and laws in these countries are in need of serious overhaul. Eltahawy suggests that the women are ready for change but not the men and the State. Reform has to come from within; the rest of the world can only support, push and nudge.

The developed world and its institutions also come in for well-deserved criticism for ignoring the extreme plight of women in this region, whether at war or in peace, and for conveniently equating misogyny with cultural difference. Eltahawy urges that women (and men) will have to speak up for themselves and support one another to uproot society’s deep-rooted hatred of women, where men, the patriarchal society and the State own the bodies of the girls and women and have their breasts and vaginas on demand.

I think the book suffers from three weaknesses. Eltahawy succeeds in bringing out the society’s hypocrisy and rightly blames the interpretation of Islam and Quran by the clerics and the State for much of the ills. But at times, she tergiversates as she tries to balance her criticism of Islam by pointing out that there are other interpretations of the same—more moderate or humane. Maybe she is fair when she writes this, but she doesn’t provide enough evidence.

The second minor weakness is that the women she writes about are never brought to life in a way where you live their dreams, joys and pains. They are just news items that shock and cause revulsion. And lastly, Eltahawy repeats many points—and sometimes the repetition jars, like when she mentions at multiple places that women far outnumber men in universities in Saudi Arabia.

These are minor blemishes in an otherwise very courageous effort to highlight how misogynistic the Middle East is, and how the dominant religion and the State drive reprehensible, prehistoric behaviour towards girls and women, which should have no place in any modern civilised society, irrespective of the religion people choose to follow.

Speak up and be counted.

Anirudha Dutta is the author of Half A Billion Rising: The Emergence Of The Indian Woman (Rupa Publications). He lives in Mumbai.