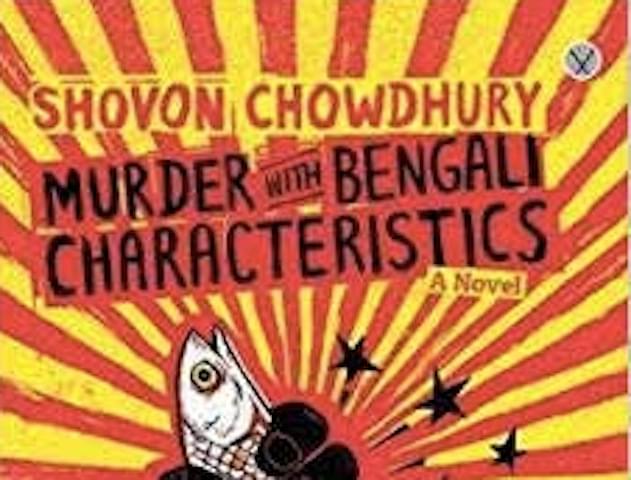 Shovon Chowdhury’s artistic sensibility is striking. This is a man who thinks through a refracted, irreverent prism.

Shovon Chowdhury has an absurdist sense of cerebral humour that permeates every line of this delightful read. Part of the humour comes from his seeming translation of expression from the Bengali. And other bits from his insights into the Bengali character.

Ostensibly, however, Murder with Bengali Characteristics is a whodunit potpourri. It is Chowdhury’s second quixotic offering in this genre, and comes after a very well received first, The Competent Authority (2013).  Murder… is set in a future Kolkata, when Bengal has become a Chinese protectorate, with neighbouring Bihar still a part of India, run by, who else, but the aforementioned Competent Authority. All this, in the aftermath, gleaned from a mention here and there, of a nuclear war between China and India.

Chowdhury paints amusing word portraits of his characters and progresses his murder investigations at a suitably languid pace, attuned to the temperaments of the touchy and excitable Bengalis that populate the book.

Quite early through the 204-page, beautifully produced hardback from Aleph Publishing Company, you begin to realise this narrative is more about the ride than the destination.

There are inevitably the sometimes caricatured but often hilarious Chinese overlords like Governor Wen, chief protagonist Police Inspector An Li of Lal Bazaar, with an ex-wife, Gao Yu, in China, for whom he still carries a torch and vice versa, Propagandist Wang, Sexy Chen, Crazy Wu, General Zhou who destroys the temple of Kalighat.

This search is for a murderer of  “Mister Master Barin Mondol”, an old Communist ideologue who taught. The narrative is also leavened with the constant interplay of Bengal’s ongoing love affair with Communism, and how it pans out. For Chowdhury, it trundles on, with the same contradictions and conflicts that exist now, projected into the technologically advanced future, just with a seriously altered political map.

A Jyoti Basu figure, thinly disguised as “Bijli Bose”, replete with prop, his whisky glass, has been resurrected from DNA found on, you guessed it, his very own whisky glass. Only he comes back as an old man, more or less at the point when he had died, rather than his more vigorous younger self.

Another character, clearly modelled on current CM Mamata Banerjee, is “Pishi” who bullies her way out of a lunatic asylum to come live in Bose’s house. The world of wheeling, dealing, wheedling business, is represented by an Agarwal and a Verma.

The Far Left, represented by a Maoist infested “Liberated Zone of Junglemahal” features, independent of the Chinese protectorate it adjoins. And the Right, prime suspects in the murder, is in the form of The New Thug Society, complete with training in strangulation and devotion to Goddess Kali.

Shovon Chowdhury’s artistic sensibility is the striking thing beyond the details of his story. This is a man who thinks through a refracted, irreverent, prism. In India, more and more new people in the creative arts, writers, painters, movie-makers, actors, photographers, some industrialists and businessmen, even journalists and commentators, are beginning to do so. As this nation matures and grows into a post-colonial assurance about itself, it is becoming fatigued with the old formulas and outdated sensibilities.

The new outlook is not offended by backhanded compliments, is often wicked in its insights, comfortable, even fond of the given reality, with all its flaws, the seamier side face-up, and this, without the moralising that would have animated the old school.

Internationally too, some like Hollywood filmmaker Quentin Tarantino have made statements using gratuitous violence, a kind of staccato ballet on ketchup, choreographed to a signature. In Indian films, a bold, free  actor Kangana Ranaut is making being asli Indian pretty cool and hip. Director Anurag Kashyap, at least in Gangs of Wasseypur, was right on the money, with his depiction of desi  grittiness and gangsterism.

Adman Shovon Chowdhury is part of this brave new movement towards a reassessment, of how to write a novel like this, and the content of the commentary. The plot, when it comes to Murder… is clearly not everything.

In the end, the most sobering thing that Chowdhury seems to predict for Bengal, even decades hence, is its unchanging insouciance. This, of course, is most telling, even amongst all the hilarity.