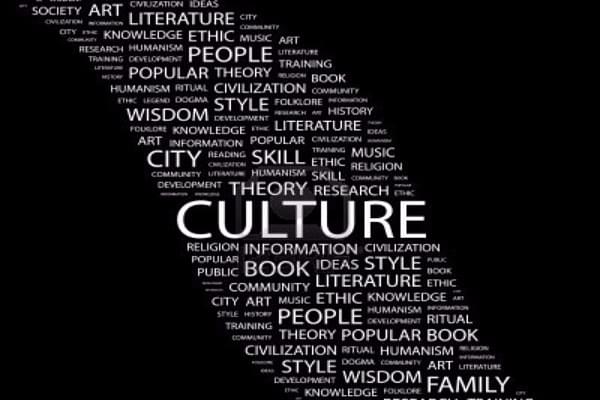 There is hardly any doubt that a cultural world-system exists. It is related, but not identical, to a world economic or political system. How to decode and understand its mechanisms, especially its impact on India? Few critics or commentators have ventured to do this. In this series of articles, that is what I propose to do.

The only notable attempt till date has been Culture, Globalization, and the World-System: Contemporary Conditions for the Representation of Identity (Minneapolis: University of Minnesota Press, 1997) edited by Anthony D King, but it hardly refers to India. I became interested in world-systems theory around the same time, especially in India’s position. Some of these views were first presented at the eleventh Association for Commonwealth Literature and Language Studies (ACLALS) Triennial Conference, 16 December 1998, Kaula Lumpur, appearing in the proceedings later.

The question to be answered is not so much whether worldwide economic and political ideologies and institutions influence – even control – cultural production in societies such as ours. Evidently, they do. But more vital to our interests is to expose the systemic nature of such determination. A concomitant question might be how our own culture, in turn, impinges upon the cultural world-system. In other words, have we participated in the cultural world-system to our benefit or advantage?

Such questions may have common sense responses, but require deeper, trans-disciplinary studies for more thorough or deeper comprehension. To start with, a quick, if obvious admission: traditionally, we have not paid too much attention to, let alone tried to understand, the cultural world-system. Despite much talk of “soft power”, the fact is that whichever way you slice it, Indian culture, especially Hindu culture, fares poorly at seeking or exercising it.

Later, I shall compare the dissemination and reception of the Hindu narrative with those of other major faith-cultures and civilisations such as Christianity, Islam, Buddhism and Judaism. But to begin with, I propose to start with the safer, if not softer, topic of Indian literature and culture before moving on to more contentious theses on faith. If we accept that we have lagged behind in pushing our narrative, we must also mark how the situation is today quite altered. Why? The simple answer is the power of social media (SM).

SM, in contrast to mainstream media, has engendered an army of volunteer culture workers. These latter may be contrasted to the more privileged “culture vultures” that operate in elite circles, patronised by the rich and powerful. Culture vultures operate in an exclusive and rarefied coterie. But SM, on the other hand, is rather democratic, but quite effective. Just open your Sunday newspapers to see how the former operate: more or less the same names, faces, and views prevail all across the news and culture spectrum. In contrast, just go to your @Twitter page; out pours a never-ending slurry of abrasive, uncomfortable, informative, interesting, and always stimulating news, gossip, views and abuse.

SM activists, armed at times with only a cell phone and basic internet access, have done much to change the India narrative. Even if they are demeaned as “trolls”, these unpaid workers have changed the perceptions of millions, even if erroneously at times. We must take the bad with the good when it comes to SM; such is the nature of the beast. Unleashing its titanic vitality and variety is a bit like riding the proverbial tiger; you can’t get off lest the predator devour the rider.

On to some of the central issues of our discussion: how does the cultural world-system function? What is the role of economics and politics in shaping it? How do both the dominant and upstart media modes shape it? How and to what extent can our study of culture benefit from some of the debates taking place in the domain of the more dominant social sciences, such economics and politics? Further, in the present context, what sort of explanatory models might be developed to account for past or prevalent cultural tendencies and practices? Can such models actually predict outcomes and emergencies? It is questions such as these that drive this inquiry.

I will stop short of exploring how to monetise or exploit our findings, leaving that to my friends in management and marketing. Right now I am concerned only with underlying structures, the verticals, so to speak, of a possible cultural world-system. The object is not so much the analysis of specific texts and artefacts to decipher their meaning, which is what literary and cultural critics do. The task is to ask what makes these cultural products and productions visible, vendible, and meaningful in the larger context of our times, questions such as philosophers or sociologists of literature might ask.

Thus, I am interested in the role that economic and political forces play in the process of according value and recognition to literary and cultural texts in the so-called post-colonial or third world societies, such as India is considered to be. To analyse and expose the stratification of writers, books, and cultural products; to examine the manner in which reputations are made; to find out how writers and artists move up and down the ladders of fame, success, and celebrity; finally, to venture into a speculation on the elusive notion of quality and how that relates to the market forces of our time. A tall order perhaps, but worth attempting?

According to classical Marxist social theory, capital and culture were thought to occupy different realms. Economic forces and production relations belong to the base, while political institutions, religion, and culture, with their signs, symbols, and ritual, to the superstructure. But towards the end of the Second World War, this formula came in for gradual overhaul and re-evaluation.

One of the key contributors to this process was French Marxist philosopher Louis Althusser (1918-1990) who gave us a better understanding of what he termed “the ideological state apparatus”. Althusser argued a simplistic understanding of base and superstructure by bringing Freud into the equation. He jettisoned a uni-linear causality in favour of the interdependency of base and superstructure.

The influential Welsh professor and cultural theorist Raymond Williams (1921-1988) went even farther. He considered both base and superstructure to be dynamic processes, thus steering away from a reductive two-level deterministic model. Theodor Adorno (1903–1969) and Max Horkheimer (1895–1973), key members of the Frankfurt School, had already coined the term “culture industry” to understand the negative impact of mass culture on society and paving the way for the study of popular culture. Thus, in neo- and revisionary Marxist theory, while forces of capital do indeed influence culture, certain aspects of culture, especially those that belong to the dominant “culture industry,” end up impacting the base in a sort of interpenetration if not reverse determinism.

In some of my own earlier work, I showed how these dominant cultural ideas, when they crossed national and civilisational boundaries, became part of the economic-political imperialist “base” which influenced and determined culture in the colonised work. The form of the novel, for instance, became dominant in India during the colonial period, adopted and adapted to suit Indian conditions and narratives. That it also turned counter-colonialist later was only a proof of our own “adeptness,” that British academic Peter Barry, along with the earlier two processes, identified to characterise three phases of post-colonialism.

Resurgent India and the Road Ahead

Power and resistance to power, which might be seen as the dominant tropes of the encounter between the colonisers and the colonised, embody, in the final analysis, a struggle for autonomy, for selfhood, and for swaraj. These exertions over the meaning of a new individuality and a new collectivity were really about imagining into being the condition for the creation of a economic, political, social, cultural order in which the humanity, dignity, equality, and autonomy of the individual could be maintained.

How to negotiate and assert our swarajya in the cultural world-system? What kind of new phenomenology of being Indian and Hindu today can we evolve? How do we attempt a new vocabulary and idioms to get our struggle right? Answers to such questions will enable us to define the terms of discourse and to frame them in a culturally responsible and rooted manner as India prepares for a greater role in a changing world order.