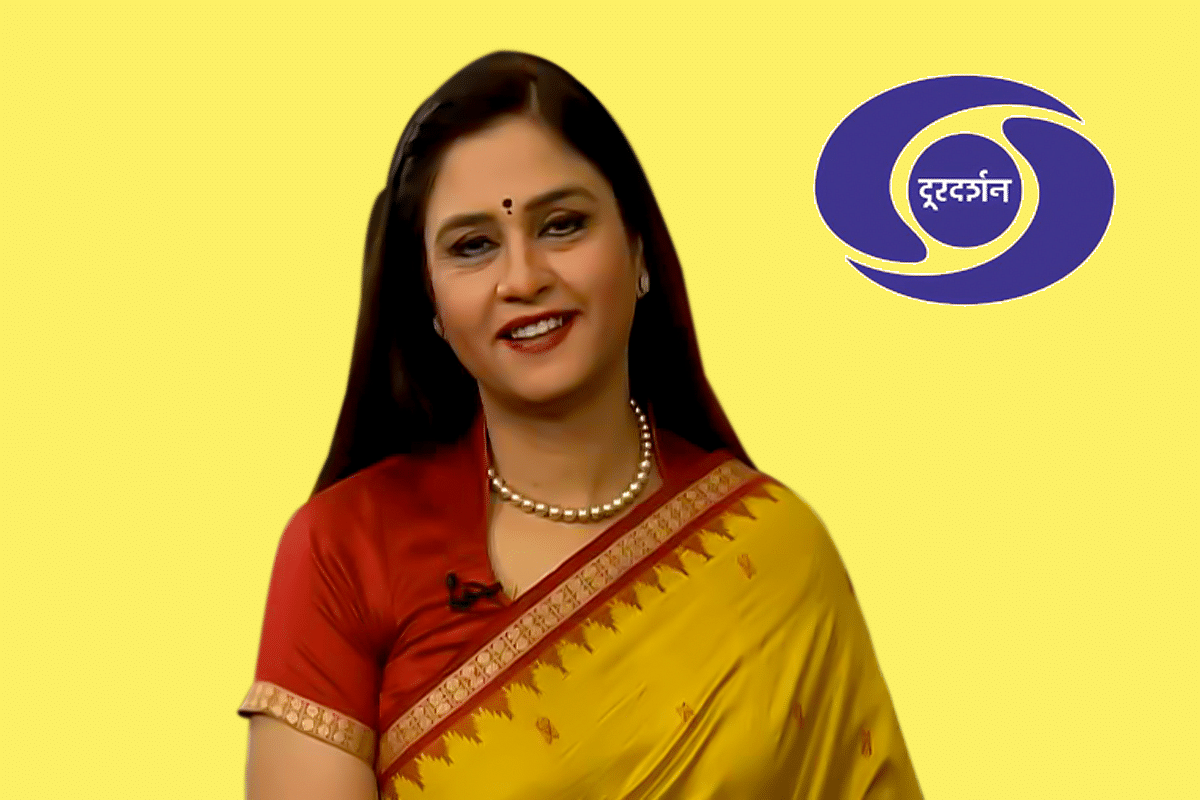 On the occasion of International Woman's Day this year, well-known news anchor and journalist, Neelum Sharma, was busier than usual. She was at the Durbar Hall of Rashtrapati Bhawan, where many woman achievers had assembled to receive the Nari Shakti Puraskar from President Ram Nath Kovind for their contribution in their fields, to society in general, and to India.

There was a script in Sharma's hand. It was no ordinary one. The day was historic for Sharma herself. She was the master of ceremonies (MC) at the Rashtrapati Bhavan for the award ceremony.

"Main mananiye Rashtrapati se nivedan karti hoon ki wo varsh 2018 ke liye Nari Shakti Puraskar pradan karein," she announced. She proudly introduced the women to the audience one by one, as they walked to the President. And then, it was her turn to introduce herself.

(Translation: “And I am Sushri Neelum Sharma, DD News senior anchor and journalist. I have worked all my life to protect women’s rights and improve their status in society. With your permission I would like to accept this award.”)

A fighter in her own right for women's space in the general narrative, Sharma lost her battle with cancer last month.

For many of us who grew up watching Doordarshan and DD News, Sharma was known for her impeccable and bold reading of news, and later, for her contribution to documentaries.

Then, she won hearts with her smile — and perhaps also — for being the complete reflection of the Bharatiya naari who brought news to the nation.

Among her programmes on DD were 'Badi Charcha' and 'Tejasvini'. 'Tejasvini', where Sharma would explore the lives, thoughts and contribution of women achievers, swelled in viewership as people's favourite.

Sharma's interaction, narration and expression in 'Tejasvini' was quite a true reflection of herself. There was warmth, simplicity and calm grace in her conversations. She added life to sentences and brought out the stories with happiness in her voice.

In times when one’s presence on social networking sites is considered a big factor contributing to a news anchor's or a journalist's success, Sharma was quietly occupied in creating, thinking and exploring for her work, away from the limelight.

Prasar Bharati Chairman, A Surya, tweeted, "We have lost our 'Tejaswini'."

This was a fitting tribute to the karmyogi who had strengthened DD with her creativity.