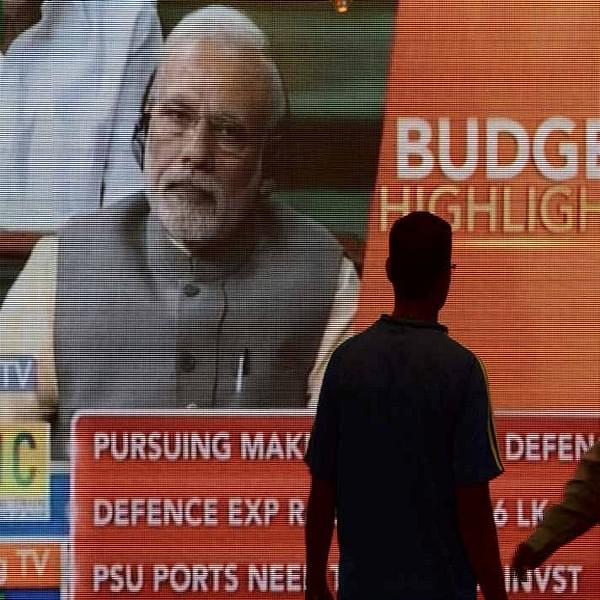 One can only hope that the Budget focuses more on restructuring and prioritization of spending to increase spending effectiveness rather than the increase in quantum of spending and breaching the fiscal deficit target.

The Mid-Year Economic Analysis 2015-16 claims that in this financial year the “fiscal sector has registered some notable successes”, namely, buoyant revenue growth, reduction in forecasting errors in budgetary spending, improving budgetary governance, and improvement in the quality of government spending. If these are unquestionable claims, it should result in aggregate improvement in the fiscal balance and fiscal governance. What would be the revised level of fiscal deficit for 2015-16 would only be known when Finance Minister Arun Jaitley presents Budget 2016-17 in the Lok Sabha. But in the last few weeks, a narrative is being played out which says that fiscal deficit targets need to be relaxed in order to increase spending in both social and economic sectors as well as for infrastructure.

As is well known, since 2008-09, the fiscal deficit of the central government has consistently been way above the targets set by the Fiscal Responsibility and Budget Management (FRBM) Act due to several factors. Some were beyond the control of the government, such as the global economic environment, and some have been of the government’s own making and are continuing. Sharp decline in taxes and increase in key components of committed expenditure like subsidies and wage bills, proliferation of centrally sponsored schemes and rights-based spending are a few of the top-ranking reasons.

Though pressure on the level of subsidy has fortunately been much less due to the sharp decline in crude prices and gradual deregulation of oil prices in India, the level of aggregate subsidy is pegged at 2 per cent of gross domestic product (GDP) for 2015-16 and, going by the Mid-Term Fiscal Policy statement, it is going to remain at a very high level in 2016-17 as well.

The burden of fiscal adjustment to reduce the fiscal deficit to the level prescribed by the FRBM Act is a continuous one and should squarely be the responsibility of the central government. The inability to contain the deficit has often resulted in international rating agencies and other stakeholders within the country (including state governments) seeing fiscal commitments as not credible. Actually, states (barring a handful) have consistently maintained their fiscal balance below the FRBM targets. They have argued that the onus of fiscal responsibility and deficit reduction should now fall on the central government and not on the states.

The mid-year review has also highlighted the fact that successful fiscal adjustment by states has resulted in a low level of combined (centre and states) fiscal deficit. The review also noted that spending in key sectors has gone up, if one looks at the combined general government spending of the centre and the states. This acknowledgment by the Ministry of Finance in its mid-year review is worth noting. But when it comes to the Union Budget, the central government should demonstrate credible fiscal policy action by itself, instead of taking credit for states’ achievements.

The next fiscal year—2016-17—faces some major fiscal challenges. The first and foremost one is just the fiscal deficit target measured as a percentage of GDP. Before one comments on the relaxation of this target through higher spending, it needs to be recognized that due to the decline in the nominal GDP growth rate to 8.5 per cent instead of 11.5 per cent (assumed for fiscal year 2015-16), the fiscal deficit target cannot be met unless there is a reduction in the level of deficit in nominal terms. The mid-year review notes that the decline in nominal GDP growth alone would result in an increase in the fiscal deficit-GDP ratio by 0.2 percentage points.

Given the revenue growth, a reduction in deficit in nominal terms would mean a contraction in government expenditure. Thus, in this context, if one has to talk about relaxation of fiscal deficit target to increase spending (which means allowing a higher fiscal deficit), the increase in deficit should be more than what is likely to happen because of the decline in nominal GDP growth alone. Is further increase in the centre’s fiscal deficit at this juncture desirable?

Generally speaking, there is justifiable reason to increase government spending in key sectors. Also, there is nothing sacrosanct about the fiscal deficit number to be fixed at 3 per cent of GDP, since a sustainable fiscal deficit may be different than a fixed 3 per cent numerical target. However, three critical issues need to be kept in mind:

• A rule-based fiscal regime as initiated through the FRBM legislation requires maintaining the fiscal deficit at 3 per cent of GDP and has emerged as the sole measure of fiscal credibility of sovereign governments across countries, including India. Breaching this target would always be interpreted as fiscal mismanagement.

• One is not clear whether an increase in deficit as envisaged would actually result in an increase in key social and economic sector investment or if the extra fiscal space created through a higher deficit would be used for entitlement-based spending, particularly the imminent increase in wages and salaries following the implementation of the Seventh Central Pay Commission award.

• Since much of the action has shifted to the states due to higher devolution of taxes and restructuring of central grants to states, should the central budget not require a restructuring its spending priorities rather than being incremental in its approach? So where should central government spend?

It is not as if the central government has no role in social and economic sector development. But there is definitely a case for prioritization within these sectors. In other words, the time has come for the central government to restructure its expenditure priorities. There is also a need for it to optimally allocate resources in order to ensure greater value for money in terms of spending on issues which have nation-wide externalities. It is not the central government’s job to be worried about the social sector spending which is in the nature of delivery of services, but the focus should be on spending that is of national importance with cross-state externalities.

We often forget that despite the proliferation of social sector programmes in the recent past through various big-ticket centrally sponsored schemes like the Sarva Shiksha Abhiyan and the National Health Mission, states are still the primary drivers of social sector spending. In aggregate, social sector spending by states is more than 70 per cent of the combined social sector spending of the centre and the states. The centre focusing its resources on sectors that can facilitate the effectiveness of state spending can dramatically change the landscape of human development in the country. The time has come for the centre to focus on schemes in social and economic sectors which are of national importance with nation-wide externalities. Thus, it is not so much about increase in spending but reprioritization of expenditure within the sector.

Thus, any decision to increase the capital spending in Budget 2016-17 should take this reality into consideration. One can only hope that the forthcoming Budget focuses more on restructuring and prioritization of spending to increase spending effectiveness rather than the increase in quantum of spending and breaching the fiscal deficit target.

Pinaki Chakraborty is a professor at the National Institute of Public Finance and Policy and was economic adviser to the Fourteenth Finance Commission
Get Swarajya in your inbox everyday. Subscribe here.
Tags: