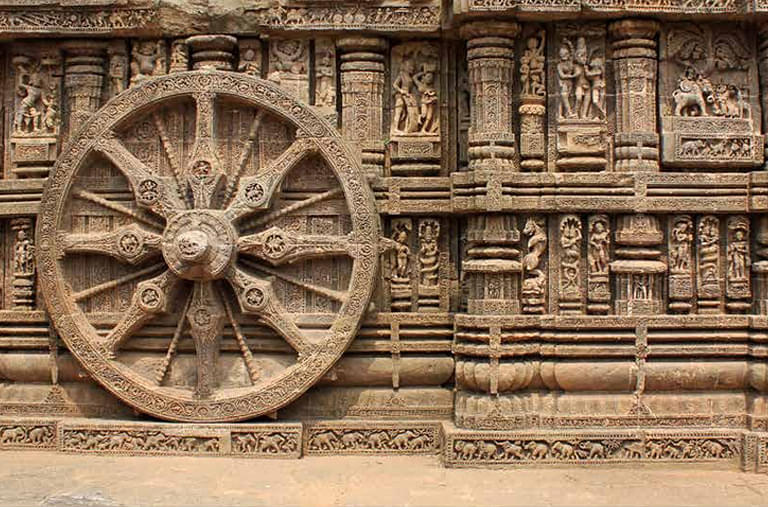 In this exclusive report for Swarajya, a senior Chinese official recalls his time in India fondly, but laments the fact that the two ancient civilisations know so little about each other.

I worked in India for more than four years in the Chinese Embassy in New Delhi. I have learned a lot from the Indian people, and made many good friends. From Shimla to Kanyakumari, from Jaisalmer to Bhubaneshwar, I’ve visited many places as a tourist. My stay in India was short, but my happy memories will live forever.

I especially enjoyed studying the marvellous Lion Capital of Ashoka and the Dharma Chakra at Sarnath, which is well-known in China because of Buddhism and the ancient Chinese monk Xuan Zang’s description of it. The more I explored these masterpieces, the more I admired the grand stone masters of India. They brought the histories, religions, arts and characters  of yesterday to people today. They were clever in mind,  and skillful of hand. They not only gave life to those stones, but made them speak.

Their genes were passed down from generation to generation, and their offspring often continue to practise the tradition and art handed down to them over the centuries. Whenever I see the beautiful diamonds and precious stones carved in Surat or in Mumbai, I give credit to those grand masters of stone.

In contrast, Chinese are masters of clay and earth. The Great Wall was made of bricks instead of stones,  although it zigzags on the top of rocky mountains for several thousand kilometers. The terracotta figures, horses and chariots unearthed from the tomb of the famous Chinese Emperor Qin Shihuang date back 2,200 years.

The 1,800-kilometre Beijing-Hangzhou water tunnel, initiated by another emperor in the 6th century for transportation, was dug in a vast farmland from scratch. Today it is used to transfer water from the Yangtze River to dry and thirsty north China.

The most famous stone heritage in China is the Zhaozhouqiao stone bridge over a river,  built 1,400 years ago. The most widely available stone works were tablets for calligraphy or for marking of historical events. Emperors liked to have poems inscribed on famous mountains in east China.

India is a country with colourful clothing, colourful holidays, colourful gods and even colourful cities. Walking on the streets, you soak your eyes in the colourful flowers, trees and people wearing colourful clothes. Sarees, the traditional clothing for women in India, are talked about the most by Chinese women.

It seems to me that India keeps its tradition alive better than China. Indians still wear what they wore one or two hundred years ago. But the clothing of the majority of the Chinese has westernized. People only wear traditional clothing for festivals.

On the stage, the dancers shine once the auspicious lamps are lit. You can see the deft movements of eyes, hands, feet and the whole body while watching Bharata Natyam or stick dancing. Finally the performances turn into a mixture of colours with melodious tunes. It’s an enchanted feeling.

No country celebrates colour like India. During the Holi festival, it’s everyone’s party and game. To colour and to be coloured are like instincts. Diwali, Dussehra, Pongal and numerous other festivals make evryone happy and joyous. Almost every religion and every ethnic group finds a place in festivals and holidays.

My Indian friends told me India has thousands of gods. I think that’s true. I saw blue gods, white gods, dark gods and even blood-stained gods. I saw 1,500 god figures carved on one of the towers in the Meenakshi Temple. I also saw the grand scene of Muslims praying. Few Chinese realize that India is one of the countries with the largest Muslim population.

I have been to many places in Rajasthan. My wife, daughter and I are no stranger to the pink, blue, white and yellow cities there. Each of them has unique features and attractions. What my daughter enjoyed the most was the puppet show, camel riding in Sam desert and Rajasthani folk dances.

In India, the horizontal and quick shaking of head means the same “yes” or “I agree” whether you are talking with a farmer or a professor. It’s an elegant, smart and unique gesture.

In China only nod means “yes”, the horizontal movement of head means the opposite.

Sometime when I spoke with my Indian friends, I almost forgot our nationalities. But upon seeing that gesture, I immediately realize my companion is an Indian. I always encourage my daughter to move heads like the Indians because it makes one smarter.

Mahatma Gandhi, Rabindranath Tagore and Dr Dwarkanath S. Kotnis are household names in China, although some mistake the Nehru-Gandhi family as part of the Mahatma’s lineage. Vanguards of peace, harmony and internationalism, their contributions to national independence and humanity are more than just hollow words. After visiting Gandhi Smriti in Delhi, Sabarmati Ashram in Ahmedabad, Gandhi Memorial Museum in Madurai and Tagore Museum in Kolkata, I felt greatly enlightened. Mahatma’s deep thoughts are rooted in India’s fine history and tradition of ahimsa. He wore simple clothes, ate simply and lived a very simple life.

He was fragile physically but steel-strong mentally, especially while carrying out a hunger strike. His fight against the caste system, his pursuit of religious pluralism and his perseverance in the Quit India movement were unprecedented.

His national pride, integrity and courage when he went to London to meet the British King left a deep impression on me. Rabindranath Tagore visited China twice in the 1920s. His first visit lasted 50 days and he spent his 64th birthday in China. He delivered more than 20 speeches throughout China. He was warmly welcomed, like a star. He founded China Bhavan in Shantiniketan, which has served as a bridge between China and India. Dr Kotnis was a member of a medical team sent by the Congress Party to China to help wounded soldiers. Working selflessly in the difficult situation, he saved many lives in the battleground against Japanese aggression. He died of illness in December 1942.

Hearing his  sacrifice, Chairman Mao Zedong mourned that “the army has lost an arm and the Chinese have lost a friend”. Even today I occasionally read the Mahabharata and the Ramayana. Whenever I come to the parts on sages, I think of those great individuals who have minimum material need but maximum mental aspiration.

Like China, India is one of the four ancient civilizations. It is a vast country with splendid culture and heritages. The Indian cuisine is excellent, the people are friendly, society is safe. It has the potential to become a big market for tourism. Yet, despite being neighbours, less than two lakh Chinese visited India in 2014. India is one of the least visited neighbours by Chinese tourists and business people.

The number one obstacle for Chinese planning to visit India is the extremely hot weather. Many people get scared when they hear of the 40-plus-degree temperatures. But few people know that the hot weather only lasts a few months and the dry seasons are a golden time for tourism. Public tap water is widely available in cities and villages. The hot weather seldom kills. It’s the near-zero cold weather that leads to deaths in north India. The second setback is the expensive hotels. For example, Beijing has more than 300 five-star or four-star hotels but Delhi has only several dozen.

The third is means of transportation. India has world-class aviation service. It’s cheap, efficient and comfortable. But fogs and delays in December and January can cause trouble for tourists. The roads are notorious for accidents and traffic jams. India has only a few hundred kilometres of fenced expressway, but China has more than 70,000 kilometres.

Similarly, China has several thousand kilometres of high-speed rail and express train. In 2010, I had a long holiday, so I decided to board an express train from Chennai to Delhi. The train was nice but the speed was slow; it took me 36 hours to reach Delhi. In the same year, I took a train from Shenzhen, a city bordering Hong Kong, to Beijing. The distance is similar. It took me 21 hours. Today,  it takes only around 10 hours because of the high-speed rail.

As developing countries with similar history, population and potential, China and India have a lot to learn from each other. We can definitely shine and flourish together.

Li Xiaojun is currently the Director of the State Council Information Office, Beijing, China. He spent four years (2008-2012) as a senior diplomat in India, and travelled extensively across the nation.
Get Swarajya in your inbox everyday. Subscribe here.
Tags: