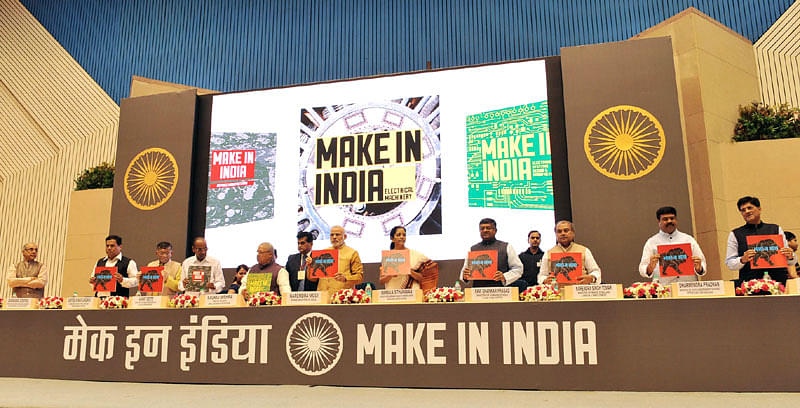 India does a great deal of invention, but very often fails in converting that into innovation. This is a critical shortcoming.

It takes more than a good idea to build a great and lasting legacy. One reason is that the idea may indeed be good, even extraordinary, but if it doesn’t create what is called “value” in business literature, then it is only partially useful. “Value” is often defined as benefit minus cost; thus unless the idea—the invention—creates value through increased benefit, or reduced cost, or both, it may not be valuable. Value is also subjective: different people may perceive different value in the exact same item.

Furthermore, there is the matter of “willingness to pay”: if something has value to you, you will be willing to pay for it. In fact, if, in your eyes, the cost of buying it is less than the value it delivers to you, you will be happy with the product (and conversely, if not, you’ll be unhappy with it). For instance, if you buy a car, you expect benefits such as added mobility, social prestige, as well as ease of use to be more than the price you pay; if not, you will complain. Inventions thus have to induce people to buy them (with money, or attention, or data, or other intangible exchanges), for them to be actually considered innovations.

Some inventions are untimely. That is to say, the world is not yet ready for the brilliant invention you have come up with, alas. Maybe some time in the future, but not yet: perhaps there’s a missing adjunct piece that you have to wait for somebody else to invent before it makes your idea useful (along with that adjunct piece).

An example is containers for freight. Someone invented the container, but until people built container ships and cranes, they didn’t become useful. These are generally known as co-specialized assets, and they may make the difference between success and failure.

An example or two will make the distinction between invention and innovation clearer. As I write this, the death of John Nash, the Nobel Prize-winning game theoretician and mathematician, is being mourned widely. He invented an academic idea called a “Nash equilibrium”: in a situation where several antagonistic parties are playing a game, he postulated that there is a possible condition where the existing situation, while not ideal, is the best compromise for all of them—if any of them unilaterally tries to change the balance, they will be worse off. Thus they will stick with the current situation.

This academic invention quickly found use in all sorts of uses of game theory, for instance in the détente existing between two rival nations such as India and China. Thus Nash’s invention swiftly became an innovation, although it didn’t result in commercial sales—it became a well-known theory and is used widely in government, armed forces, and firms as part of their strategic planning.

Another example is the computer. Most of what we use routinely today in computing (mouse, graphical user interface, local area networks, laser printers) were invented at Xerox’s famed Palo Alto Research Centre. Unfortunately for Xerox, it wasn’t they who were able to turn this into a viable product: it was, instead, Apple and Microsoft who innovated and reaped the benefits, both turning into behemoths.

There may be a very long time gap between an invention and the corresponding innovation; indeed, many fine inventions never become innovations because they do not address a problem that people actually have.

They are solutions in search of a problem.

A good example of an invention that took a while to become an innovation is that of the infinite series for trigonometric functions, discovered by Madhava of Sangamagrama (Irinjalakuda, Kerala) circa 1400 CE. This knowledge was apparently transmitted to Europe by Jesuits who came to study the accurate Indian calendar (their Julian calendar was hopelessly wrong, and was later replaced by the current Gregorian calendar). Both Newton and Leibniz may have come across Madhava’s pioneering work (there is an unproven conjecture that the manuscript was available in the Vatican’s libraries) and that may explain how both simultaneously came up with the idea of calculus, a major underpinning of the Industrial Revolution.

More ironically, it turns out that with an accurate clock and a sextant, tables of trigonometric functions enable you to find your position on the earth’s surface precisely. This allowed Europeans to navigate the open ocean (they had hitherto stayed always in sight of land) and thus allowed colonial conquest. Invention: infinite series; innovation: colonialism!

India has an illustrious history of invention and innovation going back centuries, and even millennia: eg, the domestication of rice, the creation of algebra, the use of rocketry for war purposes, or the metallurgy of advanced nano-carbon steel. For several reasons, Indian inventiveness slowed down in the aftermath of the Industrial Revolution which apparently passed India (and China) by. One of the big problems is that affluent consumers were only in Europe and America in the last two centuries, and in impoverished India, inventions became more concerned with survival.

That had two bad effects: one is an inability to sell and market inventions; the other is jugaad. Since the foreign customer base’s needs are alien to the Indian entrepreneur, they are often unable to create and convey the value desired and thus induce the willingness to pay.

Jugaad is properly translated as ingenuity; and it is the ability to solve pressing problems with a band-aid or temporary solution. You might wonder why jugaad is bad because it is indeed ingenious and does solve an actual problem. The reason is that it is usually a one-off solution in light of environmental constraints. The most common example is of a villager knocking together a makeshift vehicle by attaching, say, a power tiller to a cart, thus being able to transport a number of people, in the absence of proper public transport.

These jugaad solutions are neither reproducible nor scalable; nor are they industry-strength in manufacturability; nor do they offer the necessary quality. Thus, they are merely ideas to get around difficulties in the environment. They distract from the search for truly innovative ideas.

And there are amazing inventions coming out of unexpected places, especially in rural India. For instance, there are many truly intriguing rural inventions nurtured by Srishti and the Honeybee Network at IIM Ahmedabad. Some of these fail to get enough traction in the marketplace, perhaps because of a lack of good marketing and sales, but many do get to be viable.

As the Indian consumer becomes more discerning, it is likely that inventors will figure out what they actually want (or need), and create more products that become successful innovations.