Let’s Get Into Medusa’s Head 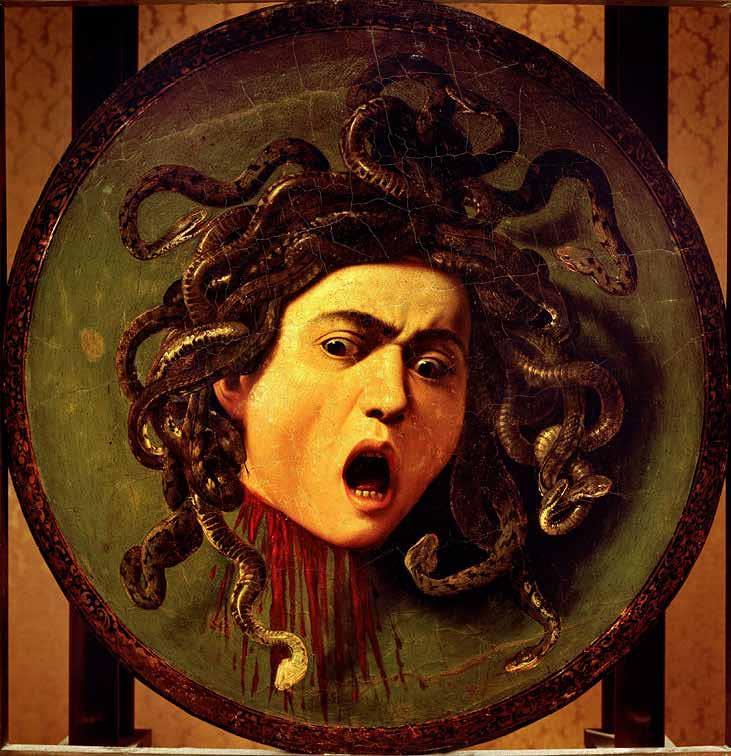 Crimes against women won’t stop. As women gain more independence—both in thought and spirit—man’s castration anxiety will act out and will always find a Medusa to behead.

Another event that rocked the world, the nation, the Parliament and most importantly—social media—was the documentary India’s Daughter. However, before you skip this article assuming it’s another opinion piece on whether the former colonial masters and their other fair-skinned cousins are judging us unfairly, just give it a rest. Like I said in my last piece (Let’s Tie Cinderella Up, Swarajya, March 2015), symptoms do not excite my pen! Besides, you already know that we are here to talk about—Medusa!

Well, then, let’s address the Gorgon in the room first, shall we? Who is Medusa? When it comes to Medusa, there are different versions of the myth. However, in classical Greek mythology, Medusa is a beautiful young woman with ravishingly lovely head of hair, who is raped by Poseidon in Athena’s temple. Jealous of her bewitching beauty (especially her hair) and angry at the desecration of her temple, Athena transforms Medusa’s fine mane into a living, writhing mass of venomous snakes, and curses her with a petrifying stare (and, for some reason, a lolling tongue—the symbolism of which we will discuss a little later). Medusa is then banished to the earth’s end where she continues to terrorize mortal men (making them—pun intended—rock hard) till the hero Perseus beheads her and uses her severed head as a weapon (for it can still turn onlookers to stone). He eventually presents the head to Athena, who places it on her shield.

The stark similarity (between then and now) is glaringly obvious—it was the woman who was raped, cursed and banished to earth’s end, while Poseidon continued playing god.

Maybe it was for this reason that Medusa caught the attention of a male Austrian neurologist and now the father of psychoanalysis—Sigmund Freud.

In his posthumously published short essay Medusa’s Head, Freud postulated that the horror of Medusa stemmed from a simple equation:

To decapitate = To castrate

In other words, the horror of Medusa was in fact nothing but a reflection of the castration complex in men.

And it is this castration anxiety that keeps acting itself out. How? Simple—by decapitating Medusa. (By the way, in case it wasn’t obvious—Medusa is simply a representation of women and the decapitation, basically acts out as Crimes Against Women).

Throughout the ages, strong women have terrorized men, particularly the proponents of patriarchy and throughout history, “these” women have been persecuted to restore the patriarchal order (and to assuage man’s castration anxiety). A classical example of this is the “burning times”.

The “burning times” is a term that refers to the witch-hunting and witch-burning period, which began around the mid 15th century and extended all the way up to the early 18th century. The “burning times” are a stark reminder of a dark time when we as a society, literally turned on our own daughters and sisters. Smart, independent and learned women were butchered at the stake of humanity to save patriarchy.

According to Mary Daly in Gyn/Ecology: The Metaethics of Radical Feminism (1978), witches were “women whose physical, intellectual, economic, moral and spiritual independence and activity profoundly threatened the male monopoly in every sphere.”

In fact, the English author Reginald Scott clearly states in his book The Discoverie of Witchcraft (1584): “The chief fault of (these) witches is that they are scolds.” In case you are wondering what/ who are scolds, “scolds” was defined by the Jacob’s Law Dictionary as “troublesome and angry women, who, by their brawling and wrangling amongst their neighbours, break the public peace”. Therefore, scold was basically a crime that could only be committed by a woman. In other words—she was a woman who could not keep her contrarian and subversive views to herself (much like me, I’m afraid!).

Scolding as a crime was punishable (just like all crimes are). An interesting device that was often used to inflict punishment was the Scold’s Bridle (also known as “branks”), which was an instrument of punishment for women accused of speaking aggressively or talking back to a man. It was an iron cage that encased the woman’s head with a sharp spike that projected into the woman’s mouth, which prevented her from speaking. Furthermore, it sometimes mutilated her tongue too. Do you now see the symbolism of Medusa’s lolling tongue?

From an anthropological point of view, it is clear that women-hatred (better known as “misogyny”) had reached its zenith during the Renaissance and had become a full-time enterprise and occupation. Eccentricity, independence and intelligence was enough to get a woman killed. It is little wonder then that a basic primal survival instinct made women learn to wear masks—of docility, sweetness and compliance. Women learnt to play the fragile damsel-in-distress to escape persecution at the hands of a man who suffered from a castration complex. After all, the man’s superiority could only be guaranteed by the woman’s inferiority (a sentiment that was echoed by Aristotle too).

Post the burning times, women learnt to play second fiddle to man’s primary organ. This is why, when the Brothers Grimm compiled their fairy tales in the 19th century; the theme of woman as inferior (damsels-in-distress who need saving) became a universal constant.

Did you know that during the burning times, a large number of women who were dubbed witches and consequently burned at the stakes—were practicing “healers” and midwives? Then again, of course, they deserved to be burned! How dare they…when medicine clearly was a man’s domain?!

It was this economic independence of women that threatened men then (as it does now), thereby giving rise to a feeling of powerlessness or emasculation. It was this feeling of emasculation which had men butcher the women. (Can you see the economic rationale? It’s bewitchingly simple—eliminate the competition!)

This castration complex becomes pretty evident if you read Malleus Maleficarum, a treatise written in 1486 by Heinrich Kramer, a German Catholic clergyman. According to Kramer (1486), witches can use their glamour that can cause the male “member” to disappear (if that doesn’t scream castration complex, nothing else will!) He further states that witches were sexually impure. In other words, a woman who had known carnal lust was basically, a witch.Hence, there was a need for the upholders of patriarchy to punish and persecute them (in other words—teach them a lesson).

Pay close attention to the above paragraph and tell me if those same sentiments were not echoed by Mukesh Singh, the rape accused; and the defence lawyers M.L. Sharma and A.P. Singh, in India’s Daughter? This sentiment reeks of castration anxiety—a feeling of emasculation that is felt by men when they confront a woman who disobeys the rules of patriarchy. Of course, this has been wonderfully expressed by the Afghan-born American novelist Khaled Hosseini, who says: “Like a compass needle that points north, a man’s accusing finger always finds a woman. Always.” Besides, you can see this castration anxiety at play every day.

It’s castration complex, when a man refuses to marry someone more educated than him.

It’s castration complex when a man refuses to marry someone taller than him.

It’s castration complex when a man refuses to marry someone who earns more than him (or feels threatened when a spouse starts earning more).

In other words, it is castration complex when a Madurai cop father beats up his 25-year-old daughter in public in Bengaluru over an alleged affair.

What I want to say is very simple—crimes against women won’t stop. As women gain more independence (both in thought and in spirit), castration anxiety will act out and will always find a Medusa to behead!

[/level-subscriber]
Mallika Nawal is a professor-cum-author, about to complete her doctorate in marketing from IIT Kharagpur. She is the author of three management books which serve as prescribed textbooks in several universities across India. She has taught at premier institutes like IIT Kharagpur, and S. P. Jain Centre of Management, Dubai.
Get Swarajya in your inbox everyday. Subscribe here.
Tags: